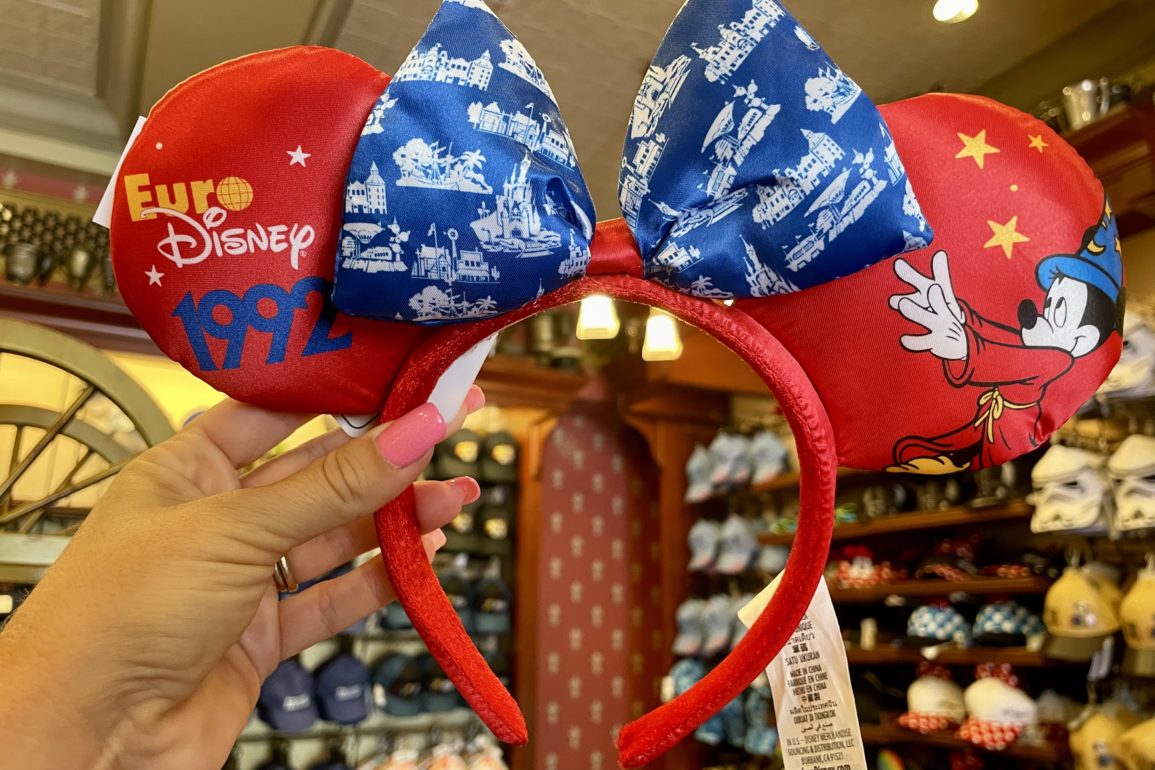 ‘Euro Disney’ Ears Arrive in the Emporium at Magic Kingdom

Calling all Euro Disney fans, we’ve found the ears for you. “Euro Disney 1992” inspired Minnie Ears have finally arrived in Walt Disney World. We have seen these ears in Disneyland Paris, and in the Emporium at Disneyland.

The ears are red with a blue bow, and a throwback to the opening year logos, signage, and merchandise. Did you notice that the ears are not perfectly round, and slightly different sizes?

One ear shows the Euro Disney logo, and the year it opened, 1992. We now know “Euro Disney” as Disneyland Paris.

The blue bow features the original art for the lands of “Euro Disney.” We can see Le Château de la Belle au Bois Dormant and Discoveryland, to name a few.

The back of the ears are plain red, and we can see the uneven cut and stitching of the ears. These ears are part of the “Euro Disney” merchandise collection, and the ongoing 30th Anniversary of Disneyland Paris. Will you be adding these to your collection? Let us know in the comments.