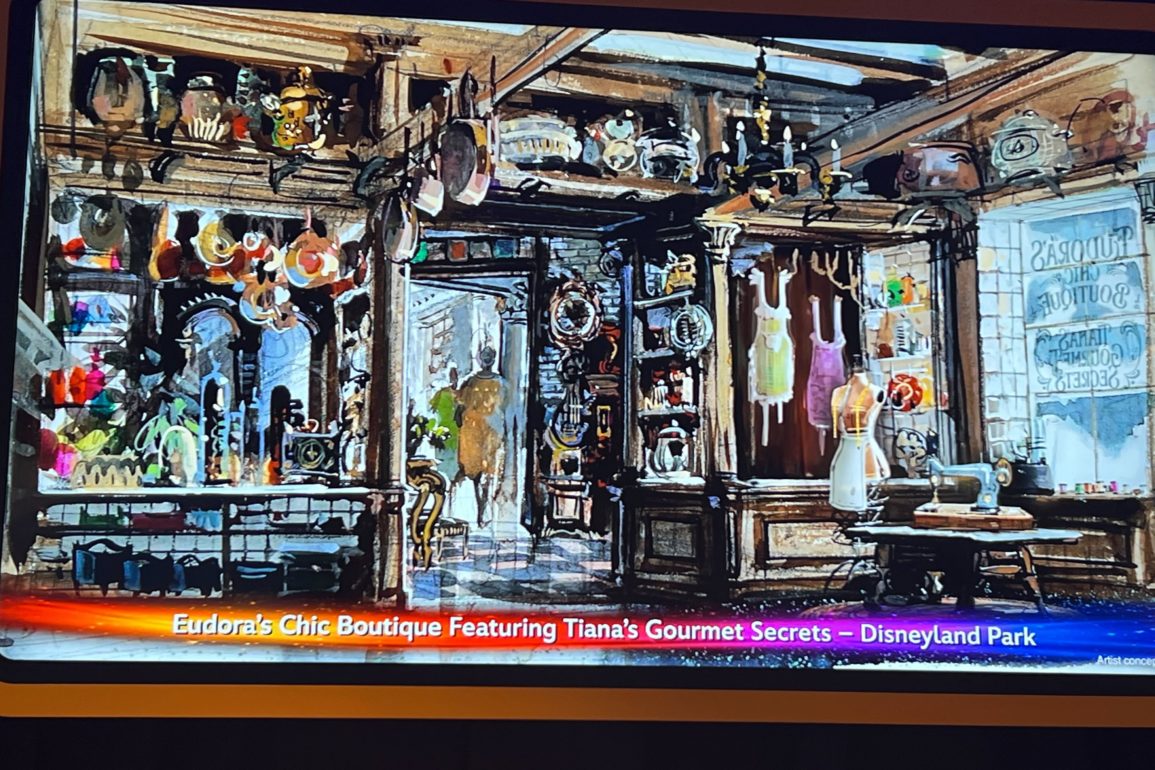 Yesterday it was revealed that a new shop called Eudora’s Chic Boutique Featuring Tiana’s Gourmet Secrets would open later this month at Disneyland. Now we have a first look inside courtesy of the ongoing D23 Expo.

The new outlet in New Orleans Square will primarily specialize in accessories and cookware, with Tiana and her mother Eudora opening the shop together.

The interior art shows plenty of props and details to support this as a turn-of-the-century New Orleans shop. Cookware hangs from the ceiling and shelves line the walls as accessories pile on other shelves and tables. Eudora’s Chic Boutique will be in the old Le Bat en Rouge storefront, which was updated earlier this year. It will open on September 20, 2022.

A Tiana’s Palace restaurant is also coming soon to New Orleans Square, but no opening timeframe has been announced. This is all as Disneyland prepares to close Splash Mountain and transform it into Tiana’s Bayou Adventure, set to open in 2024.