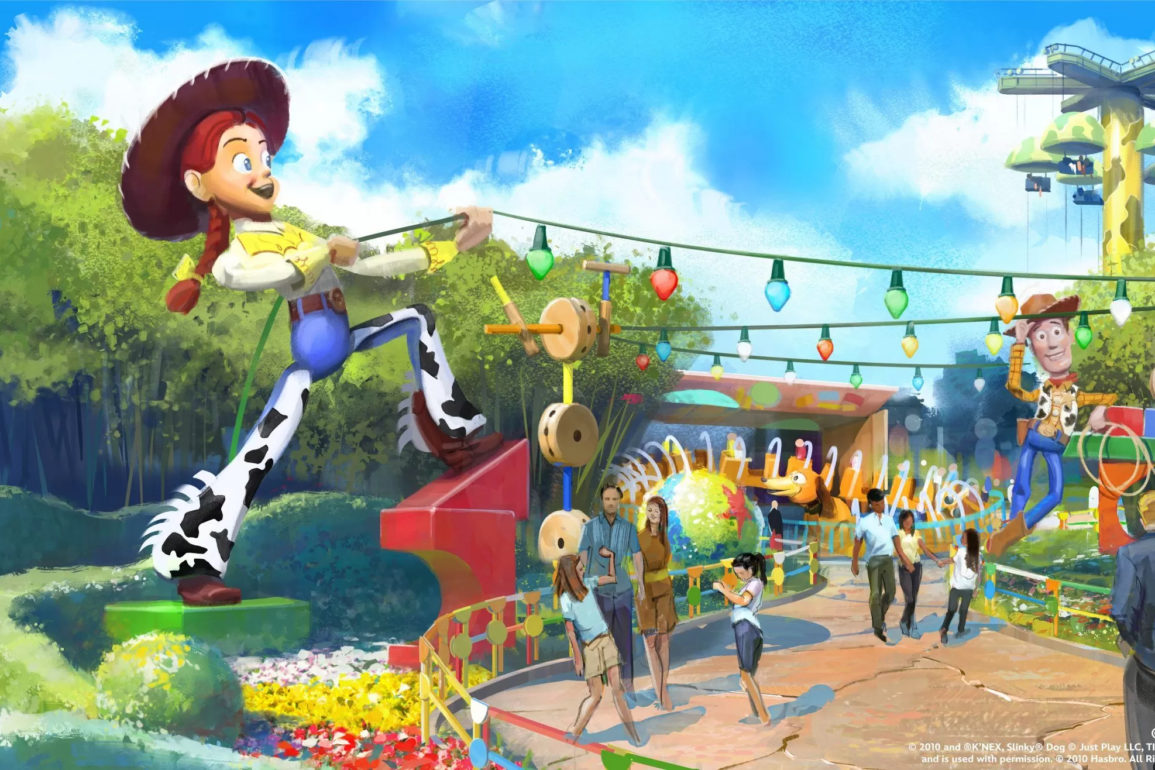 As part of the expansion of Walt Disney Studios Park in Disneyland Paris, a new entrance to Toy Story Playland will feature the same giant character statues as other Toy Story Lands around the world.

Statues of Jessie and Woody are depicted in concept art currently on display at D23 Expo 2022. The statues are made from the same molds as the ones at the other parks, so stand in the same positions, with Jessie holding a string of lights.

This entrance will connect to the park’s new “Tangled” area featuring a round ride.

The expansion of Walt Disney Studios Park will include the demolition of their Hollywood Blvd façades to create a new promenade and outdoor theater.

Next
Imagineers Hint New Version of Space Mountain at Tokyo Disneyland May Connect to S.E.A. Story