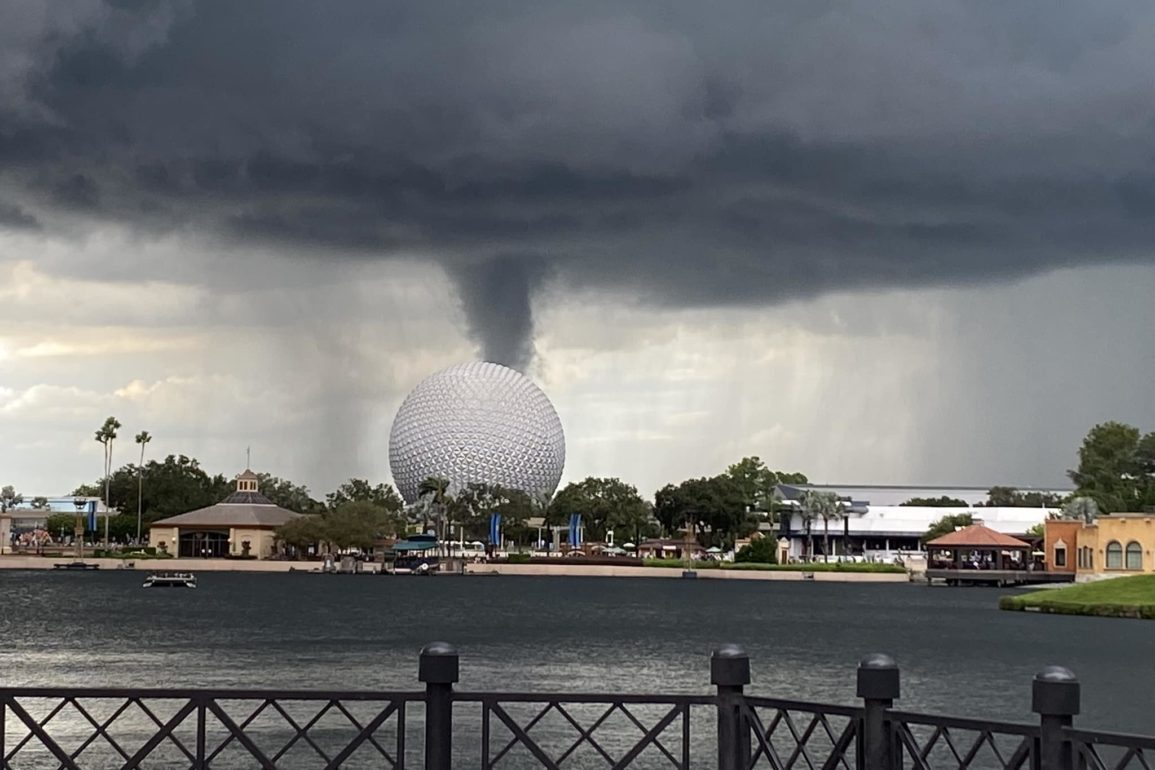 Although Florida isn’t exactly known for its lack of extreme weather, tornadoes are still something of a rarity around the area. So it was extremely surprising to guests around Walt Disney World who spotted a funnel cloud, precursor to a tornado, forming near the resort this evening.

Some others sent in video of the situation.

The cloud did not touch down and become a tornado, but many guests took shelter within buildings as recommended by authorities. It later dissipated into a standard thunderstorm.

Walt Disney World Resort has precautions in place for all extreme weather incidents, including tornadoes, so in the event of an emergency, please follow directions given by Cast Members in order to safely seek shelter.