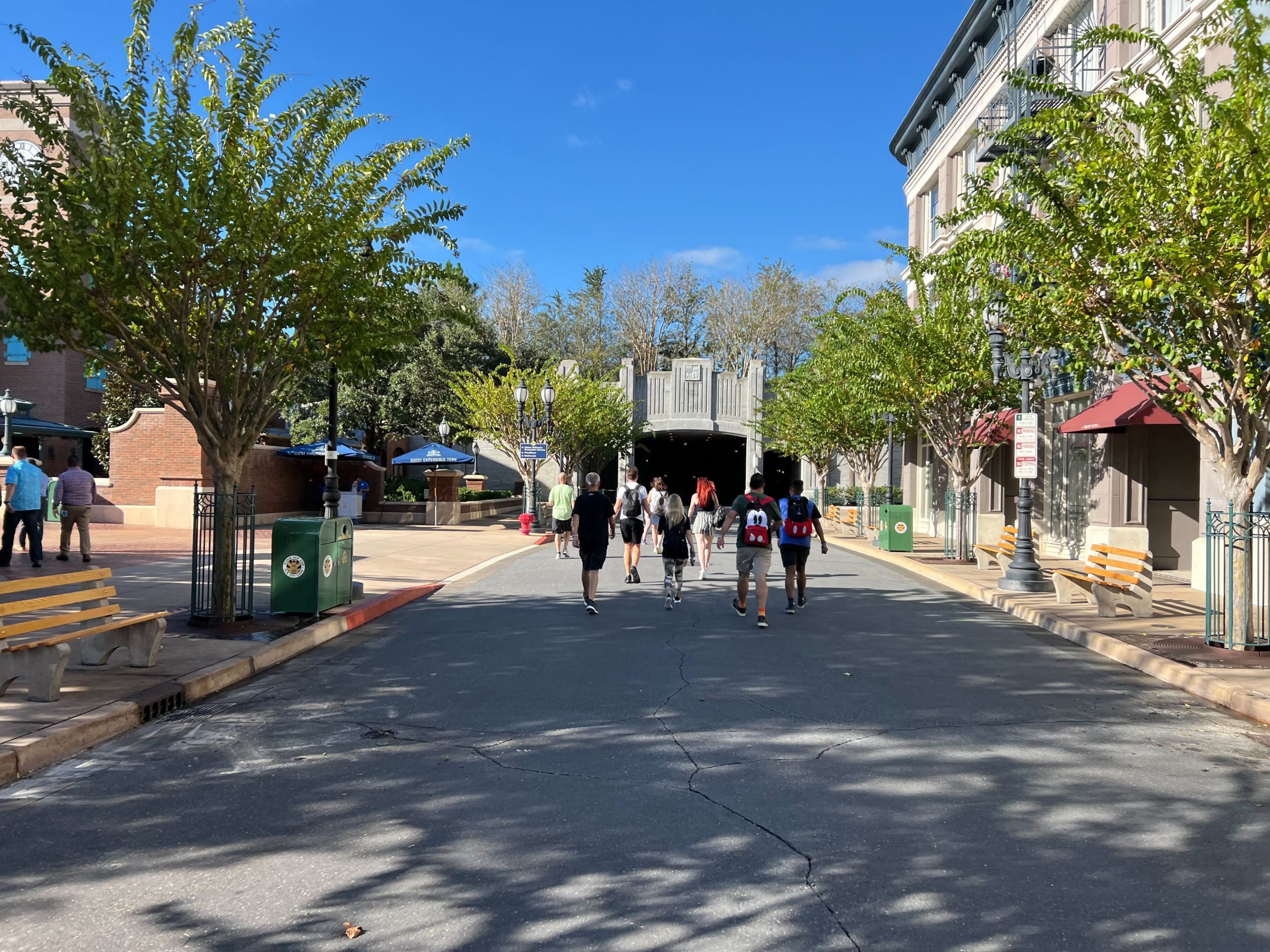 Hurricane Ian has left Florida and is on its way to the Carolinas, so Walt Disney World has reopened after two days of closure as a result! Let’s check in on Disney’s Hollywood Studios and see what’s new.

Before entering, we could see crew members working on the sidewalk outside Sid Cahuenga’s One-of-a-Kind.

A section of pavement was apparently damaged. They were placing stanchions and rope around the area.

We were allowed to enter the park at 9:30 a.m., and there were very few guests around from the resorts.

No other sections of sidewalk or road seemed to have been damaged by the storm. All attractions were operating as normal. Looks like Disney’s Hollywood Studios was able to tough it out!