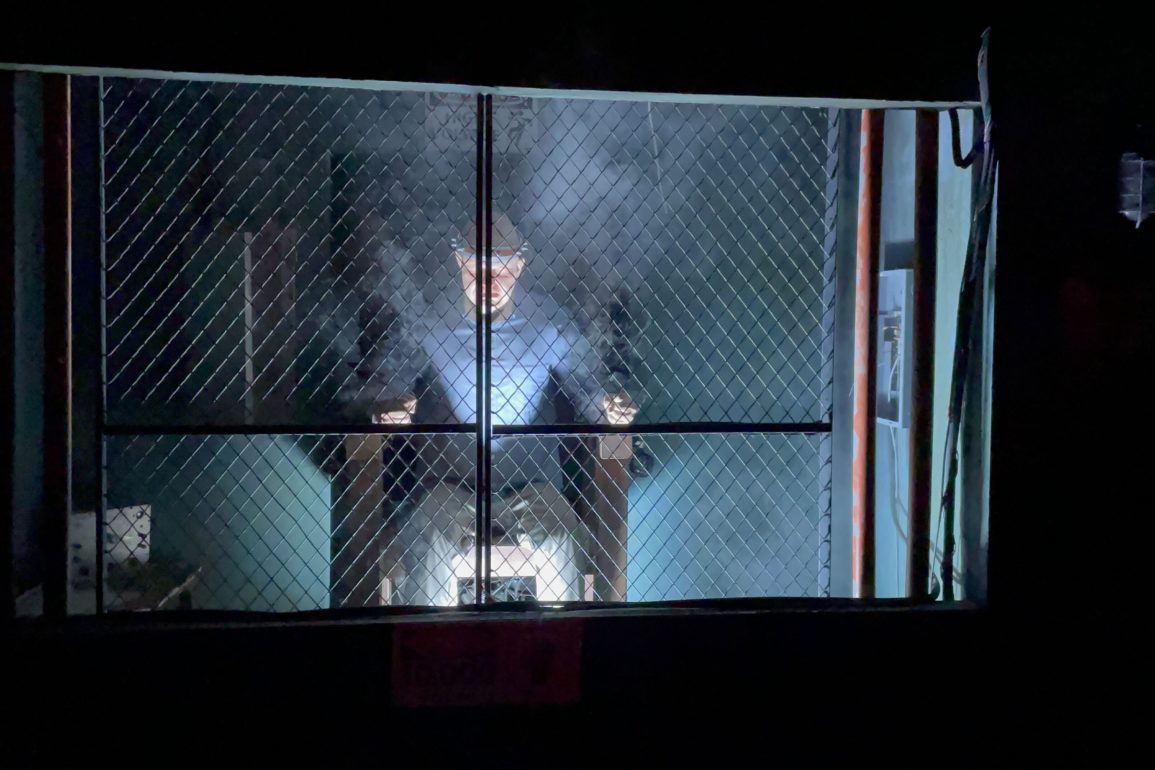 If you’re dying to enter a prison full of murderous monsters, stop by Hellblock Horror at Halloween Horror Nights 31.

The official description reads, “Enter a prison whose savage inmates are monstrous creatures. If they break free from their cells, it’s a death sentence for everyone.”

Of course, the monsters (and zombies, aliens, vampires, and more) succeed in breaking out.

To stick with the theme, we encounter our troubles in cellblock 31. Keep an eye out for characters from Horror Nights past, both dead and alive.

We start outside the penitentiary. Once inside, we enter a gruesome scene where the monsters have broken out and begun slaughtering everyone between them and freedom. We are the last hope of reaching the power core and destroying the entire facility.

This was absolutely the worst house of the year. There wasn’t anything special to talk about here, much of it was formulaic and mostly devoid of monsters. The set design is boring and bland, just a plain old prison (which is never very creative). We only met a few monsters on our first run through, which takes much of the scare out. It’s just… boring. A prison break with extra prosthetics, really. You can skip this one, even Blumhouse is worth a visit over Hellblock.

The entrance to Hellblock Horror is in Production Central, between the Universal Studios Store and Despicable Me Minion Mayhem.