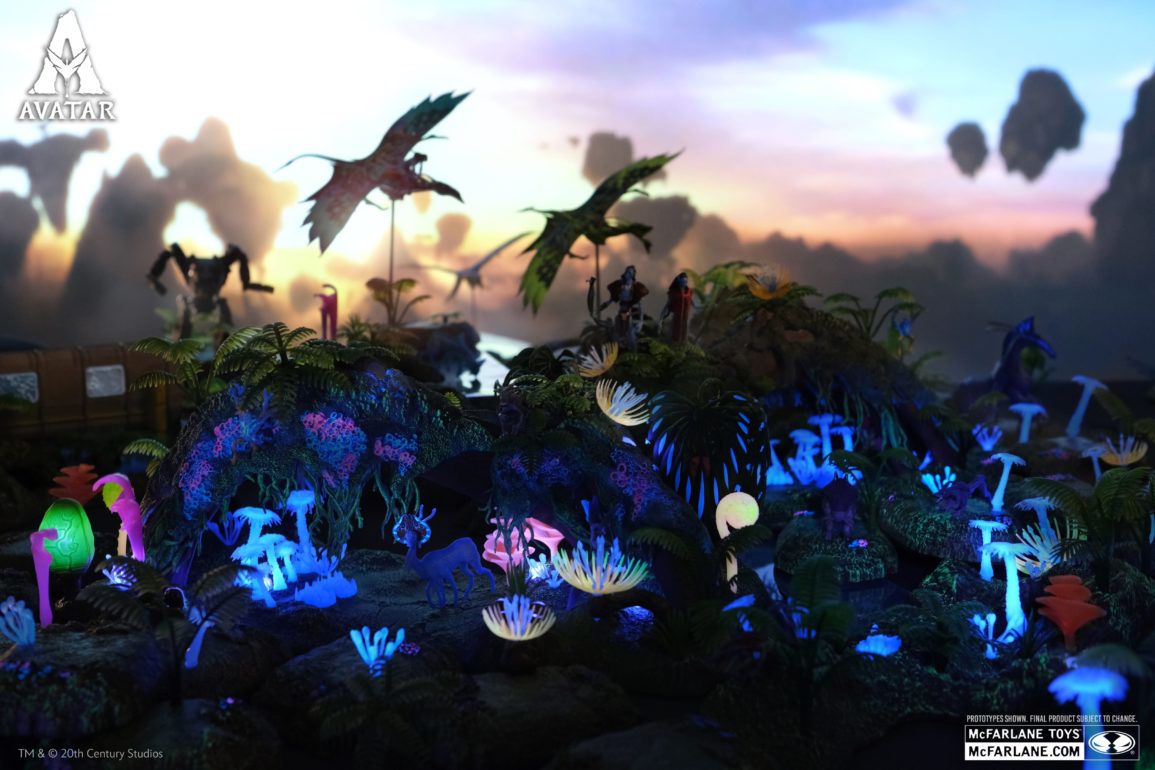 The plants and animals of “Avatar” will be featured in the “World of Pandora” collection from McFarlane Toys, to be fully revealed tomorrow at the 2022 D23 Expo.

To whet our appetites, the official Avatar Twitter account offered a sneak peek of the toys, including plants like the woodsprites showing off their bioluminescent glow. In addition to the plants, outline of creatures such as the ikran, or banshee, as well as the Na’vi and an AMP suit.

Interest in the world of Avatar is building again ahead of the release of its sequel, “Avatar: The Way of Water.” The original 2009 film was recently removed from Disney+ as it will be re-released in theaters later this month, but is expected to return to the streaming service before “The Way of Water” debuts on December 16.

If you can’t wait for more goodies from Pandora, check out our look at recently-released merchandise now available at Disney’s Animal Kingdom!