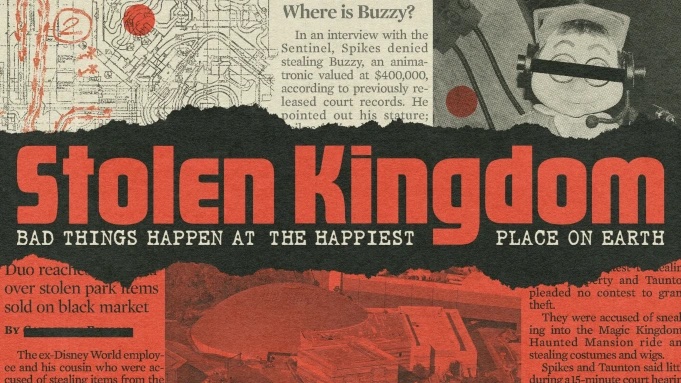 Jeff Tremaine, the director of “Jackass Forever,” is now producing “Stolen Kingdom,” a documentary about the 30-year history of wrongdoing and debauchery at Walt Disney World Resort leading up to the highly-publicized theft of Buzzy — an audio-animatronic from the defunct Cranium Command attraction.

The film’s title treatment features an image of Buzzy amongst newspaper clippings. The subtitle is “Bad Things Happen at the Happiest Place on Earth.”

“Josh and Sam somehow found me and introduced me to this story I found so compelling,” Tremaine said. “I was inspired by not only this story but by these young filmmakers. Having been a part of some Disneyland misbehavior, I’m excited to be involved in this.”

CAA represents Tremaine and the film and will be taking it out to buyers soon.