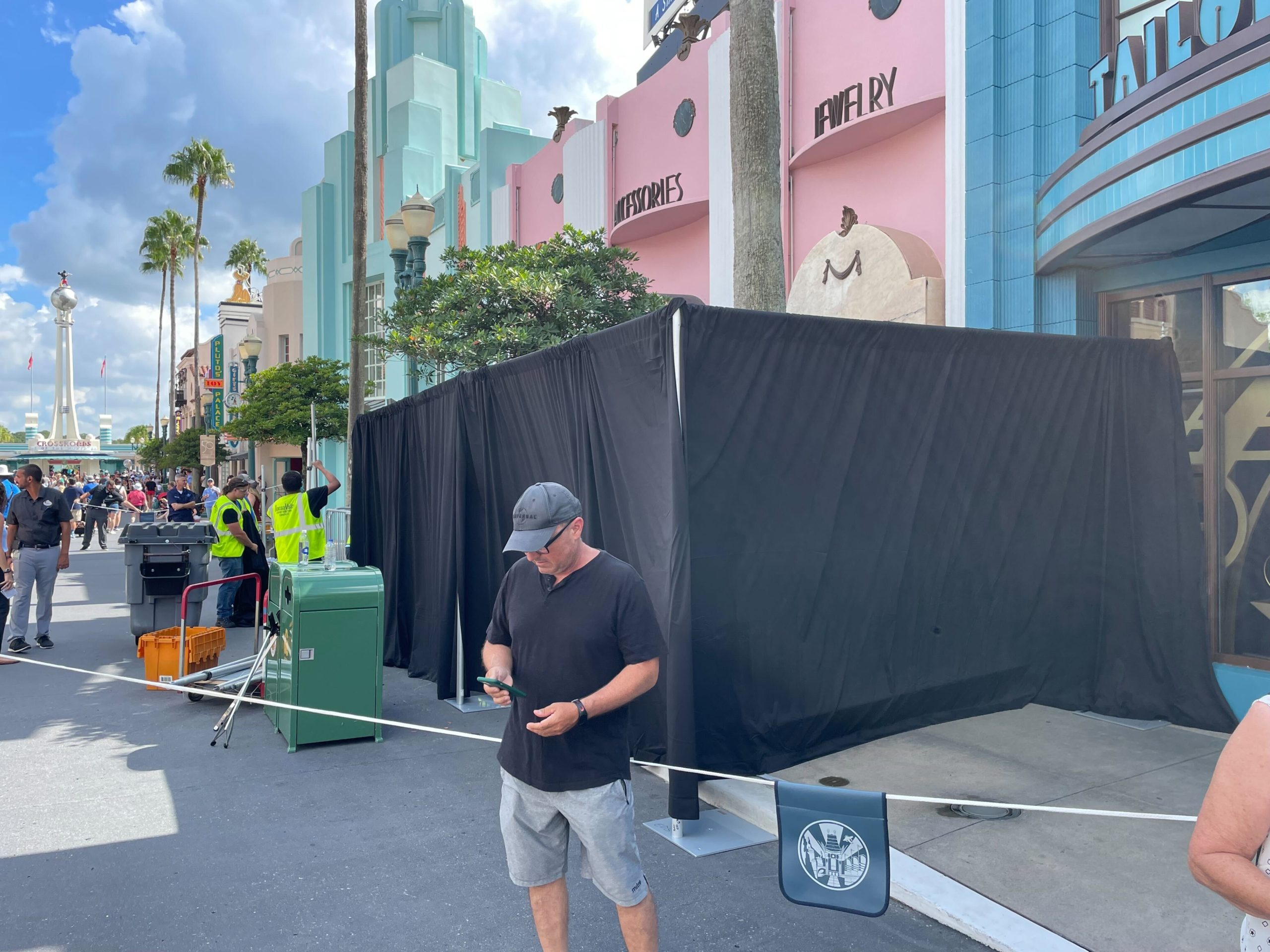 Earlier today, something caused a good-sized chunk of wall around a doorway to collapse at Keystone Clothiers, a popular store on Hollywood Boulevard near the entrance of Disney’s Hollywood Studios. Now, Buena Vista Construction Co. crews are actively working to repair the broken building.

This side portion of the Keystone Clothiers facade (which replicates the historic Max Factor building in Los Angeles) crumbled right off of its support structure and onto the ground. An entire light fixture from the side of the entrance came down with it. Now they have removed the entire section of facade.

A large portion of Hollywood Boulevard was closed off earlier, but now guests can at least walk down the street.

A black curtain has been quickly erected to obscure view of the work from guests. Typically construction walls would be up for such work, but given that this was unplanned maintenance, a quick solution needed to be found.

Cast Members we spoke to speculated that an electric wheelchair struck the facade and then the large portion fell down, but that is unconfirmed at this time.

Keystone Clothiers has now reopened with this doorway off limit to guests.