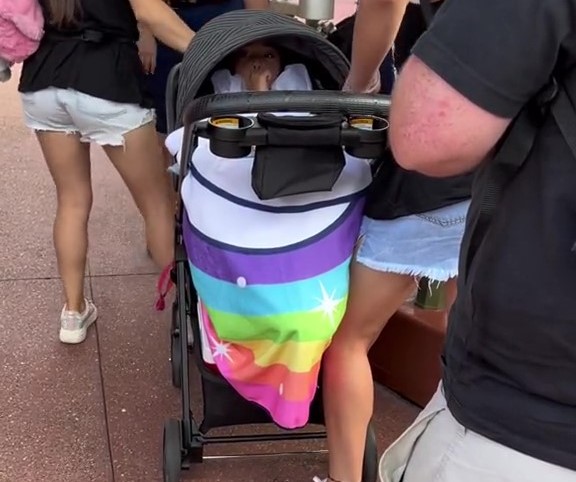 A viral video on TikTok claims to show a family sneaking a child into the Magic Kingdom.

The video, posted by @myfrienditsmebarbie, shows a family with a child in a stroller entering the park, giving the appearance that they’re an infant by putting them in an infant car seat. Currently, children under the age of 3 don’t have to pay for park admission. A Cast Member seemed to notice the child, waving as they went past. Once in the park, they remove the child from the stroller. While the child’s age cannot be determined by appearance alone, the video implies the child is older than 3 (and they are much taller than the height limit for an infant car seat).

The video has racked up over 718,000 likes and over 51,000 shares on TikTok, with commenters either supporting the move as a way to combat high ticket prices, or accusing the group of breaking the rules. It’s unclear from the video if the child is indeed older, or if they just appear older.