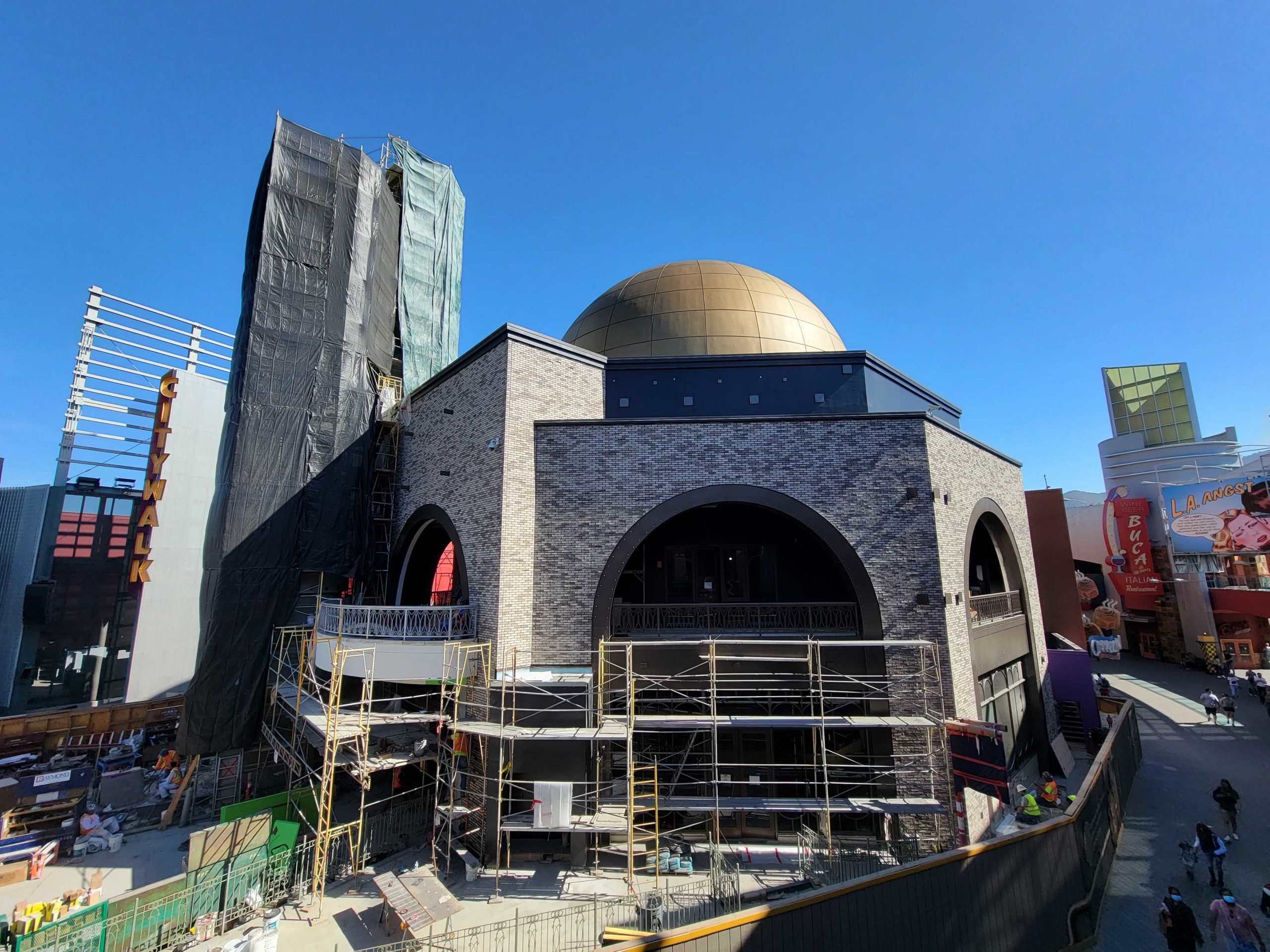 We’re so close and yet still so far from the delightfully sugary treats of Toothsome Chocolate Emporium & Savory Feast Kitchen coming to Universal CityWalk Hollywood. But our latest visit to the site revealed a significant jump in progress!

The black scrims which have covered the building for months are mostly down, with a brand-new facade installed. Scrims do still cover the towers on the left, however.

The new brickwork is done in various shades of grey, with supports jutting out to hold the future restaurant’s marquee sign.

The dome atop has finally been painted gold as well.

This will be the third Toothsome Chocolate Emporium & Savory Feast Kitchen at a Universal CityWalk, with locations already open in Orlando and Beijing. The steampunk restaurant serves burgers and sweet treats like milkshakes, and has not set an opening timeframe as of yet other than “coming soon.”

Are you excited to see Toothsome Chocolate Emporium & Savory Feast Kitchen open at Universal CityWalk Hollywood? Let us know in the comments below!

PHOTOS, VIDEO: Every Piece of Merchandise from the New UNI VRS Shop at Universal Studios Hollywood