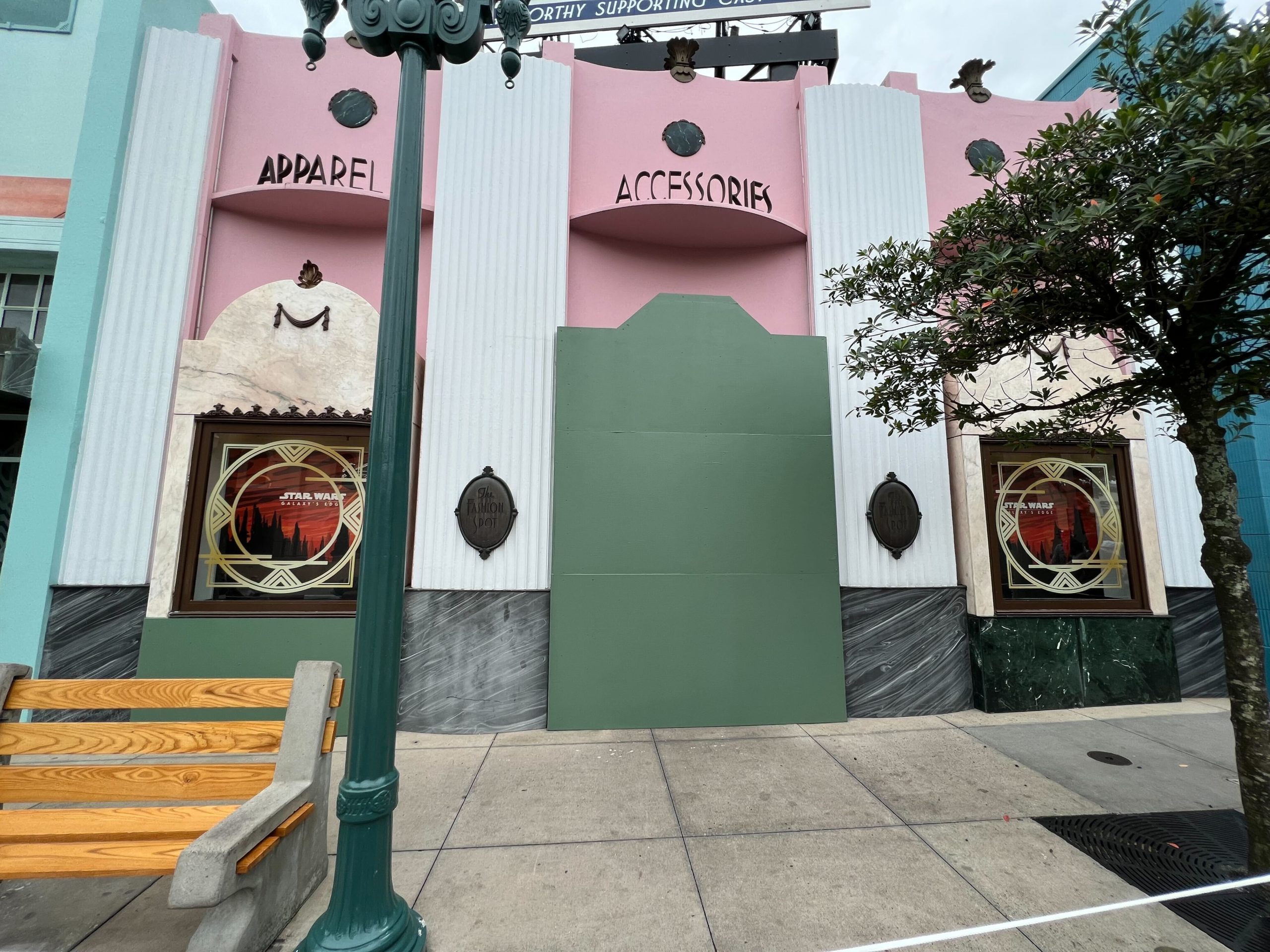 We reported that a large section of the facade around the doorway to the Keystone Clothiers collapsed, temporarily shutting down Hollywood Boulevard near the entrance of Disney’s Hollywood Studios.

Hollywood Boulevard was reopened later as Disney quickly erected draping to clean up the rubble and begin to make some necessary repairs.

A large green temporary wall is now covering the damage, as well as one of the entrances. When the incident occurred, we reported that a side portion of the facade “appears to have crumbled right off of its support structure and onto the ground.” Additionally, a light fixture on one side of the doorway also collapsed.

Although unconfirmed, Cast Members we spoke to believe that an electric wheelchair struck the building, causing that section to collapse. A portion of the wall under the left window also has a temporary green wall, suggesting it was damaged in the same incident or found to be in need of repair when they were investigating.

Keystone Clothier has since reopened; however, at this time, it’s unclear when this particular entrance will be reopened.