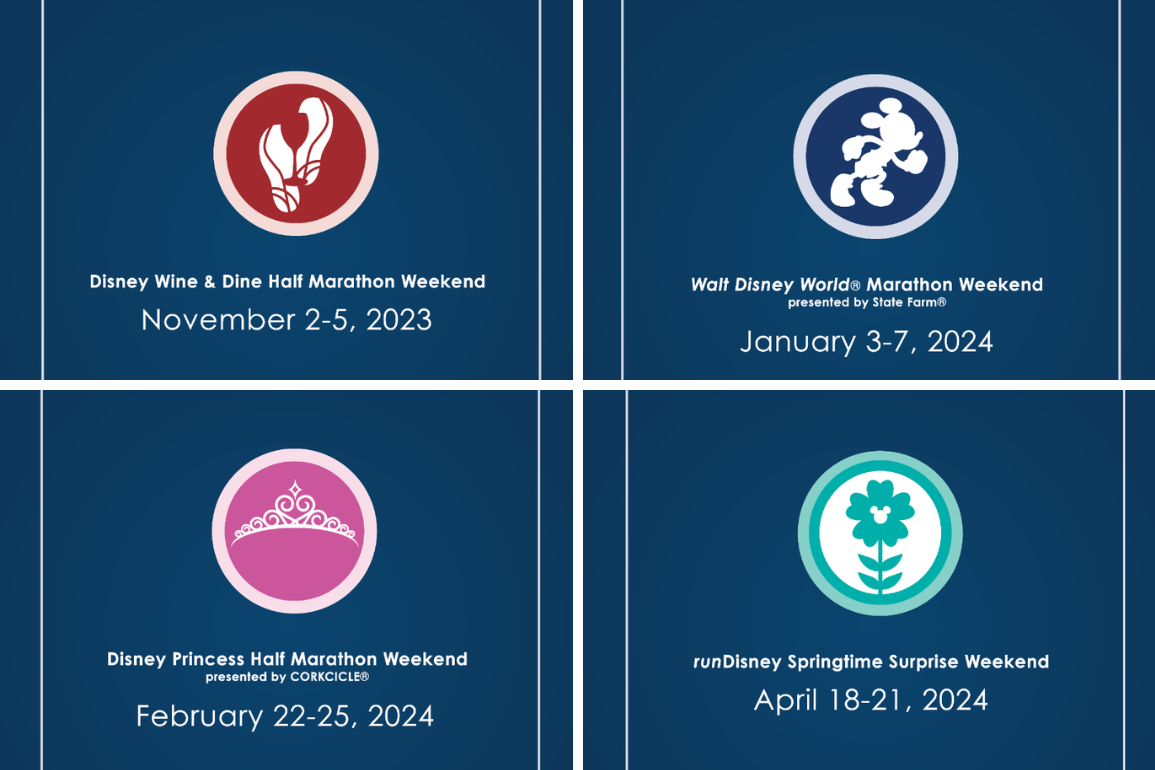 runDisney is off to the races, as they’ve released the dates for their 2023-24 events at Walt Disney World.

The 2023 Disney Wine & Dine Half Marathon Weekend will be held November 2-5, 2023. The event coincides with the 2023 EPCOT International Food & Wine Festival.

Walt Disney World Marathon Weekend 2024 is scheduled for January 3-7, 2024. Races during the weekend typically include a 10K, 5K, Marathon, and Half Marathon.

February 22-25, 2024 will have running royalty during Disney Princess Half Marathon Weekend. In 2023, in addition to a Half Marathon, 10K, and 5K run, there will also be a Princess Yoga session in the Magic Kingdom.

Will you be heading to the starting line in 2024? Share your thoughts in the comments!