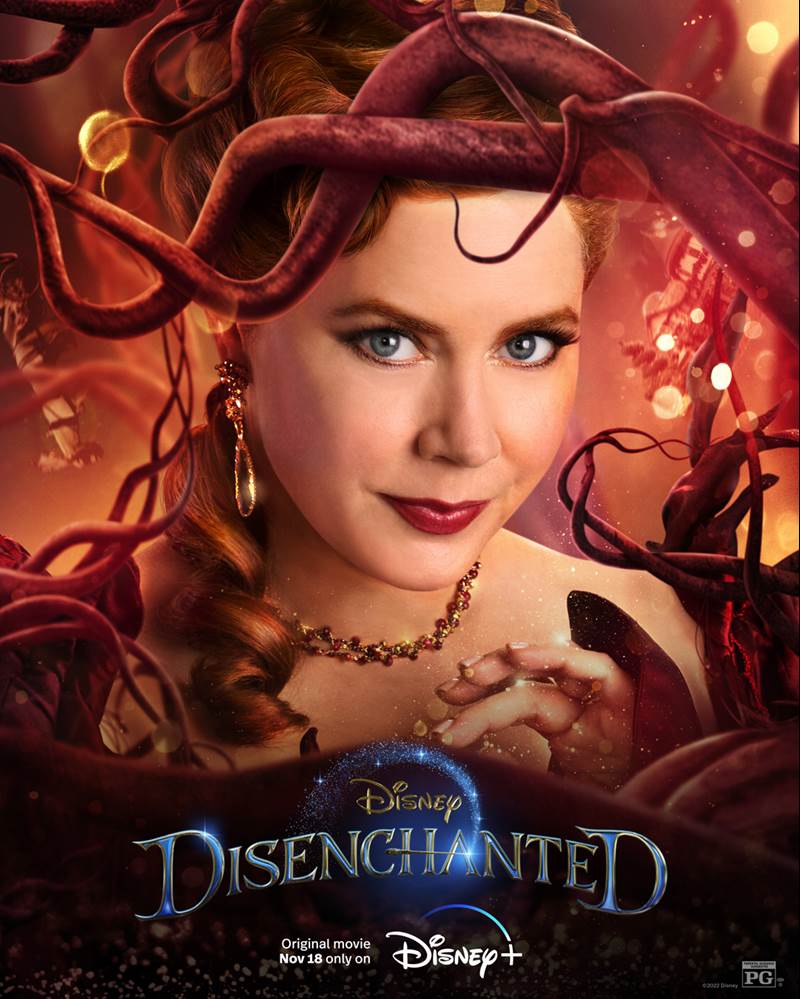 When Disney announced they were making “Disenchanted,” a sequel to the popular 2007 release of “Enchanted” back in November 2021, fans were ecstatic. Earlier this year, Disney said the movie would premiere on November 24, 2022, on Disney+.

When Disney recently released a new poster for the film featuring a full shot of Giselle (Amy Adams), a new release date appeared on the poster.

Without much fanfare, Disney moved the streaming release date from Thanksgiving Day to November 18 – a full six days earlier than expected.

It is not clear why Disney decided to change the release date for “Disenchanted,” but it could possibly be to avoid any clashes with the November 23rd theatrical release of “Strange World” starring Jake Gyllenhaal, Dennis Quaid, Gabrielle Union, and Lucy Liu.

“Disenchanted” picks up fifteen years after Giselle (Adams) and Robert (Patrick Dempsey) have wed. According to press notes, Giselle has grown has grown disillusioned with life in the city, so they move their growing family to the sleepy suburban community of Monroeville in search of a more fairy tale life. Unfortunately, it isn’t the quick fix she had hoped for. Suburbia has a whole new set of rules and a local queen bee, Malvina Monroe, who makes Giselle feel more out of place than ever. Frustrated that her happily ever after hasn’t been so easy to find, she turns to the magic of Andalasia for help, accidentally transforming the entire town into a real-life fairy tale and placing her family’s future happiness in jeopardy. Now, Giselle is in a race against time to reverse the spell and determine what happily ever after truly means to her and her family.

“Disenchanted” is directed by Adam Shankman, who directed a number of films including the 2007 award-winning film “Hairspray” and Walt Disney Studios “Bedtime Stories.” It will also feature new songs from returning composers, EGOT winner and 2002 Disney Legend Alan Menken and Stephen Schwartz (“Pocahontas” and “The Hunchback of Notre Dame.”