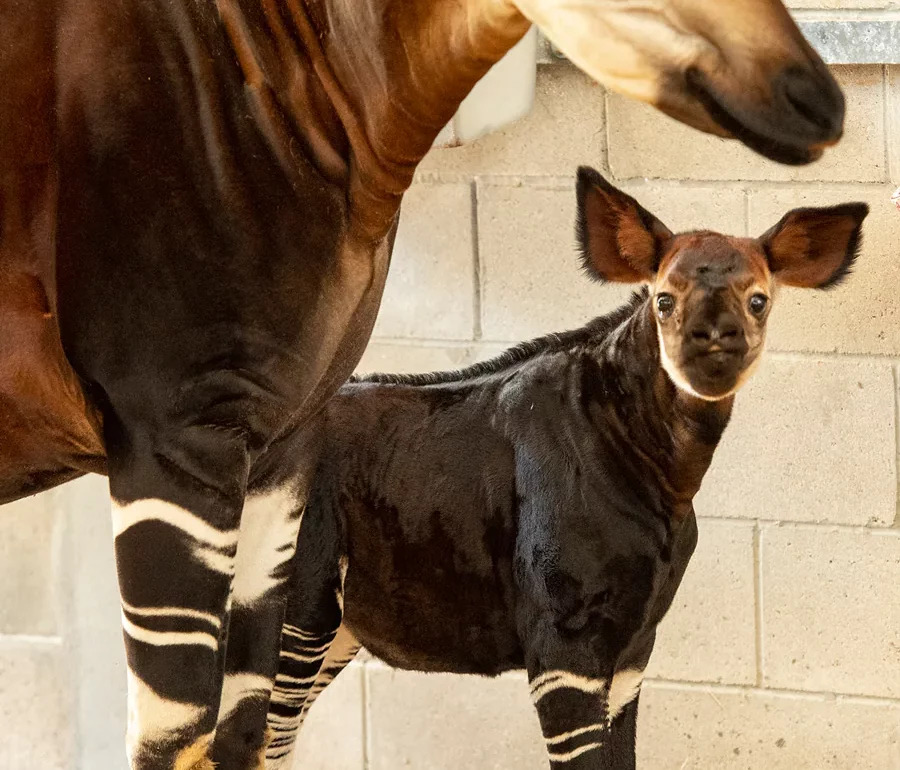 This morning Disney Parks announced on Twitter the birth of a baby Okapi named Beni. He is one of the newest additions to the variety of animals at Walt Disney World Resort, following the recent announcement of a baby Springbok joining the herd. Born on July 17, this endangered baby Okapi was born from two first-time parents Olivia and Elombe, and weighs just under 100 pounds.

Okapi, famous for their markings with zebra-like legs, are actually more similar to giraffes than zebras. According to UNESCO, there are roughly 30,000 Okapi in the wild, making this birth a celebrated addition to the population of Okapi.

Beni is a symbol of hope for the population of Okapi, being named after a village in the Democratic Republic of Congo where they are found in the wild. As he learns his first steps and how to survive on his own, he will be watched over and cared for by Disney’s Animal Care Team, making sure he is enriched and grows happily and healthily.

Watch as Disney Parks Twitter introduces us to this adorable “ghost of the forest.” Okapi are known for their ability to gracefully hide within the forest from predators. While Beni only weighs 100 pounds right now, he is expected to grow to up to 650 pounds. This adorable baby Okapi will soon be making its way to Disney’s Animal Kingdom Lodge, where he will be seen at Pembe Savanna. We are excited to see this new addition to the Okapi population.

Will you be visiting Beni when he makes his way to the Savanna? Let us know in the comments below!