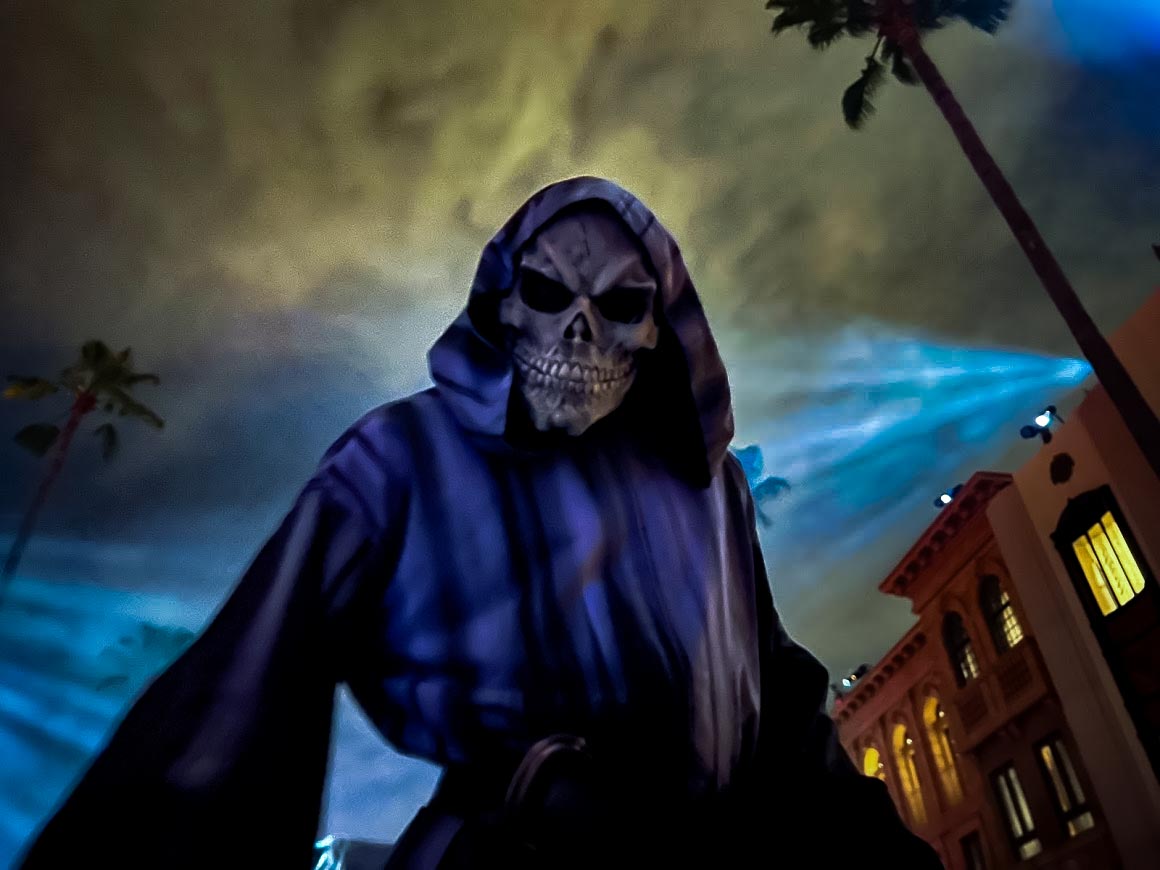 The official description reads, “On All Hallow’s Eve, a dark storm descends upon a cemetery and awakens long-dead spirits. No one living can escape them.”

The old abandoned Nettlewoods Cemetery is filled with restless spirits seeking the souls of the living.

Graveyard: Deadly Unrest has quickly become our favorite scare zone this year. It was a close race between this and Sweet Revenge, but Graveyard buried the competition.

The set pieces and costumes are beautiful.

This scare zone is perfect and offers the biggest variety of scares in any scare zone.

From skeleton figures in gilly suits to living statues, this graveyard has more than just your typical zombies and ghosts.

The reapers are brothers, Death and Sleep, who collect the souls gathered by the other spirits to take them to a place where no one ever returns.

The undead will chase you, but beware: they want you to run — straight to the reapers.

Statues may try to grab you, ghostly figures may float after you, or you might just run into a reanimated corpse as you make your way through the Nettlewoods Cemetery.

And watch out for the twins as you make your way through the gates.

This duo can usually be found skipping around the entrance of the cemetery, but they’re not as innocent as they may appear at first glance.

Graveyard Deadly Unrest is located in the Hollywood area of Universal Studios Florida.