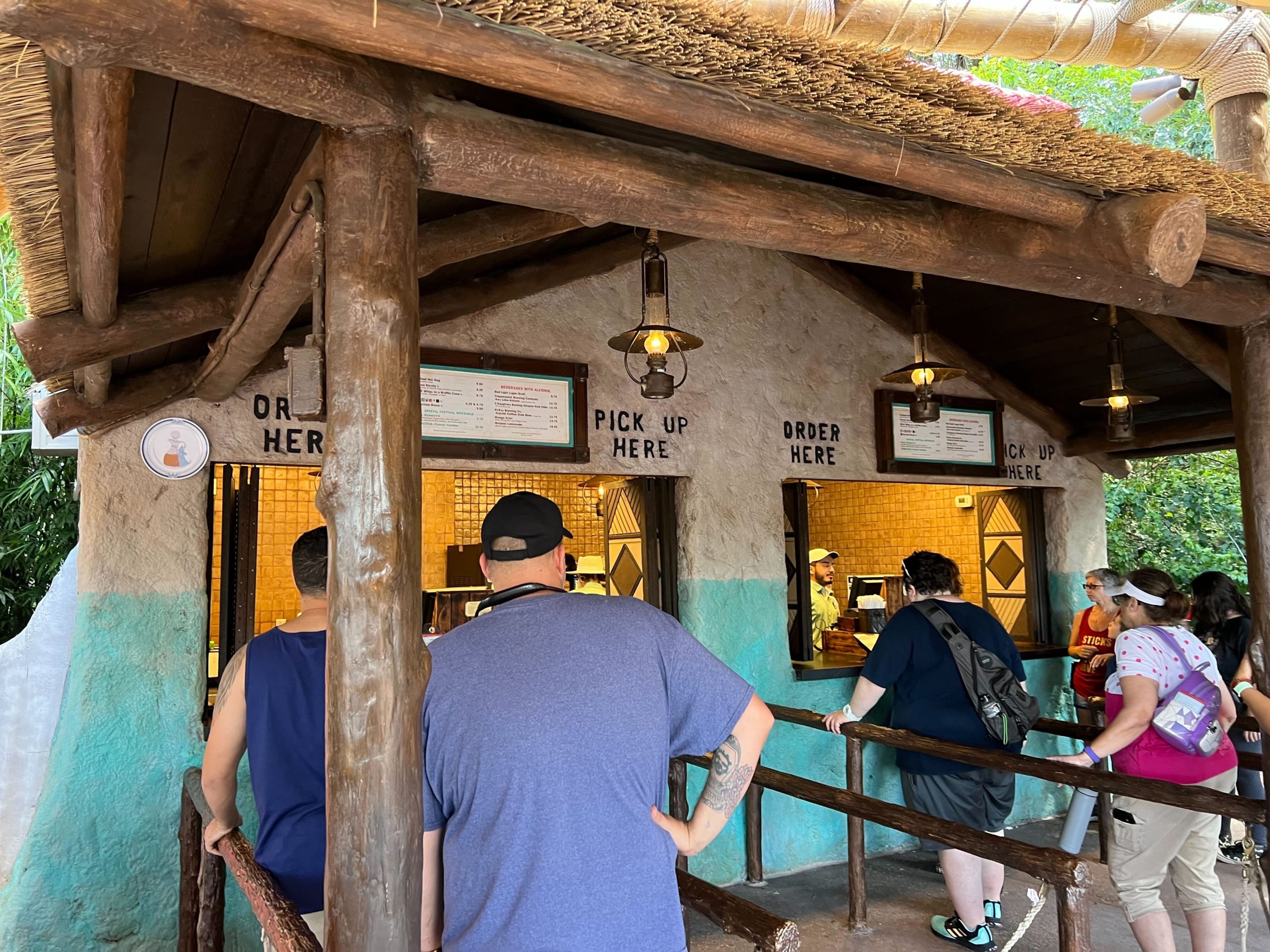 If you were playing Remy’s Ratatouille Hide & Squeak Scavenger Hunt at the EPCOT International Food & Wine Festival before Hurricane Ian, you knew you were looking for statues of Remy throughout the park.

After purchasing a scavenger hunt map ($9.99) prior to Hurricane Ian, you would walk around World Showcase and look for a statue of Remy with one of his ingredients at each designated location. A majority of them were on a pavilion roof, as pictured above.

However, while recently walking around EPCOT, we noticed something different. The Remy statues were missing, and in their place were plates.

Each plate has the same image that corresponds with the game sticker. This is one from the Refreshment Outpost. This plate features Remy and his vinegar bottle. It is hanging on the far left side wall next to the “Order Here” window. The white plate, trimmed in blue stripes, has Remy’s chef hat and his nose and whiskers at the top.

Now, when you’re playing the game, be on the lookout for plates and not Remy statues.

Have you participated in Remy’s Ratatouille Hide & Squeak Scavenger Hunt? Let us know in the comments below.