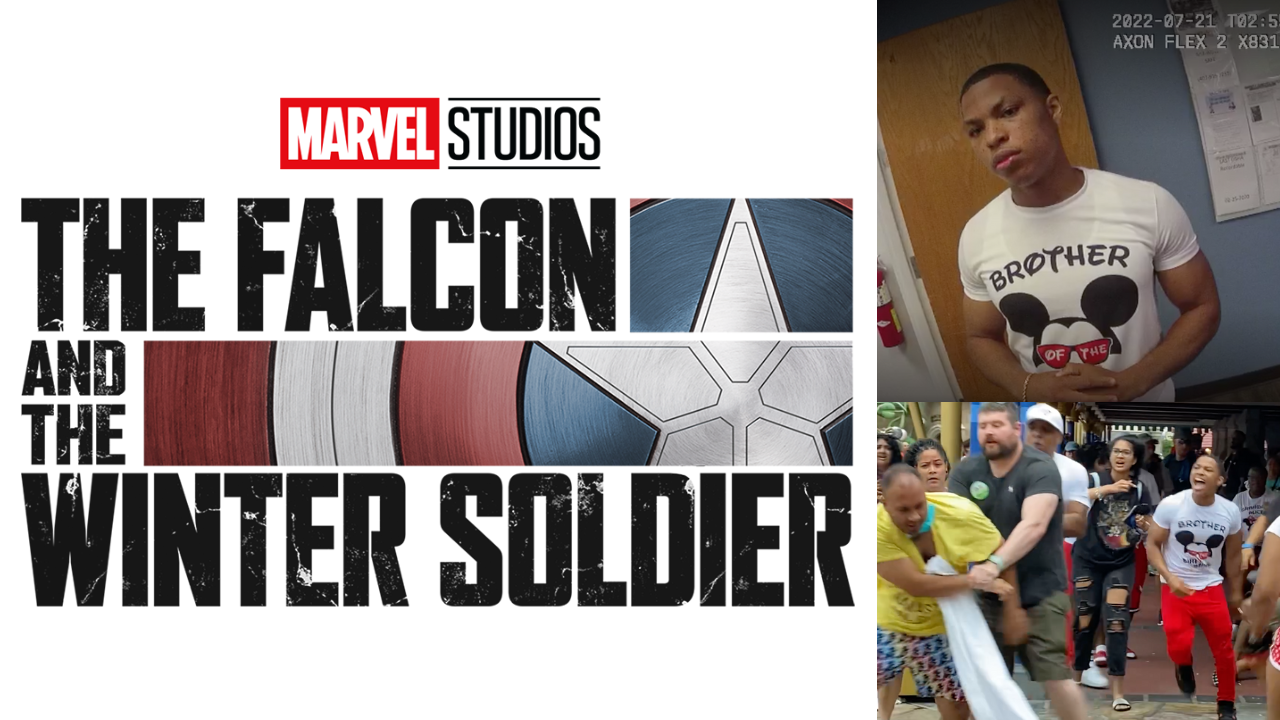 This summer, two families made national news when they got into hand-to-hand combat in the middle of Magic Kingdom’s Fantasyland over an alleged bump in a ride queue, but new records indicated an up-and-coming Disney actor and his family appear to be among those involved in the fight at Disney World. His mother was arrested.

Elijah Richardson is a young actor from New Jersey who performed as Eli Bradley in 3 episodes of the Disney+ 2021 Marvel series, “The Falcon and the Winter Soldier,” and in a Disney+ sequel called “Hollywood Stargirl,” released this year.

A New Jersey man who resembled Elijah Richardson was interviewed by a sheriff’s deputy after the fight ended, according to Orange County Sheriff’s body cam footage released recently by the state attorney’s office.

The man gave his birthdate as Sept. 24, 2002 — which appears to be the same birthday as Elijah — but said his name was Fuquan Grant.

The man gave his cell phone number to law enforcement in the body cam footage. When WDWNT called that number Tuesday, the man who answered said he was Elijah Richardson and then hung up when WDWNT explained it was writing a story about his family’s fight at the park and asked if Fuquan Grant was his real name and Elijah Richardson was his stage name.

The sheriff’s office was not able to provide additional information on the man’s identity.

In a 2015 Jersey Journal story, Elijah was interviewed about his rising acting career. The story mentioned the names of his parents, Tauheesha and Antuan Richardson.

Those people, Tauheesha and Antuan Richardson, appeared in sheriff’s records from the July fight.

Tauheesha, Antuan, and Fuquan Grant were all trespassed from Disney World property, in addition to several other family members on both sides of the fight. Tauheesha was one of three people arrested from the fight, although the criminal charges have since been dropped.

The body cam videos, witness interviews, and cell phone footage of the fight capture the horror and absurdity of that day. Tauheesha and her family were all at Disney World celebrating a 6-year-old’s birthday. They wore matching red Mickey shirts with Tauheesha’s identifying her as “mommy of the birthday boy,” and the man believed to be Elijah in a shirt that said the “brother of the birthday boy.”

“It’s my (expletive) son’s birthday. This shit ain’t supposed to go down like this,” Tauheesha told deputies in the Magic Kingdom after the fight, according to the body cam footage. “I’m sorry. I got to excuse my language.”

Tauheesha said later she was protecting her child, husband, and mother, which is why she jumped into the brawl.

In a video of the fight, Tauheesha is clearly one of the aggressors when she shoves two people. Then a man runs up to her and appears to punch her hard in the face. That intensifies the fight. Tauheesha trades blows with the other family, and one of Tauheesha’s relatives looks like she is trying to use a stroller as a weapon. Another man comes at Tauheesha and seems to be pulling her braids. That’s when the man who is believed to be Elijah runs into the fray and attempts to throw a punch but it doesn’t seem to land.

A bystander told deputies the Richardson family were the aggressors.

“There was a lot of stuff said. I couldn’t tell whose mouth it came out of. There was a lot of in your face, cursing, you name it, you stepped on me, you could hear all that,” the witness told the sheriff’s office, according to the deputy’s body cam footage. “They look like they were the ones who were there to brawl. They threw it down. There were a couple of women in there who were looking to throw haymakers.”

Many at the scene realized the fight was going to attract a lot of attention.

“We’re all going to be on TikTok tonight,” a deputy joked in the footage. He was correct.

Watch the body cam footage below.

PHOTOS, VIDEO: Behind the Seeds Tour Returns to The Land Pavilion at EPCOT