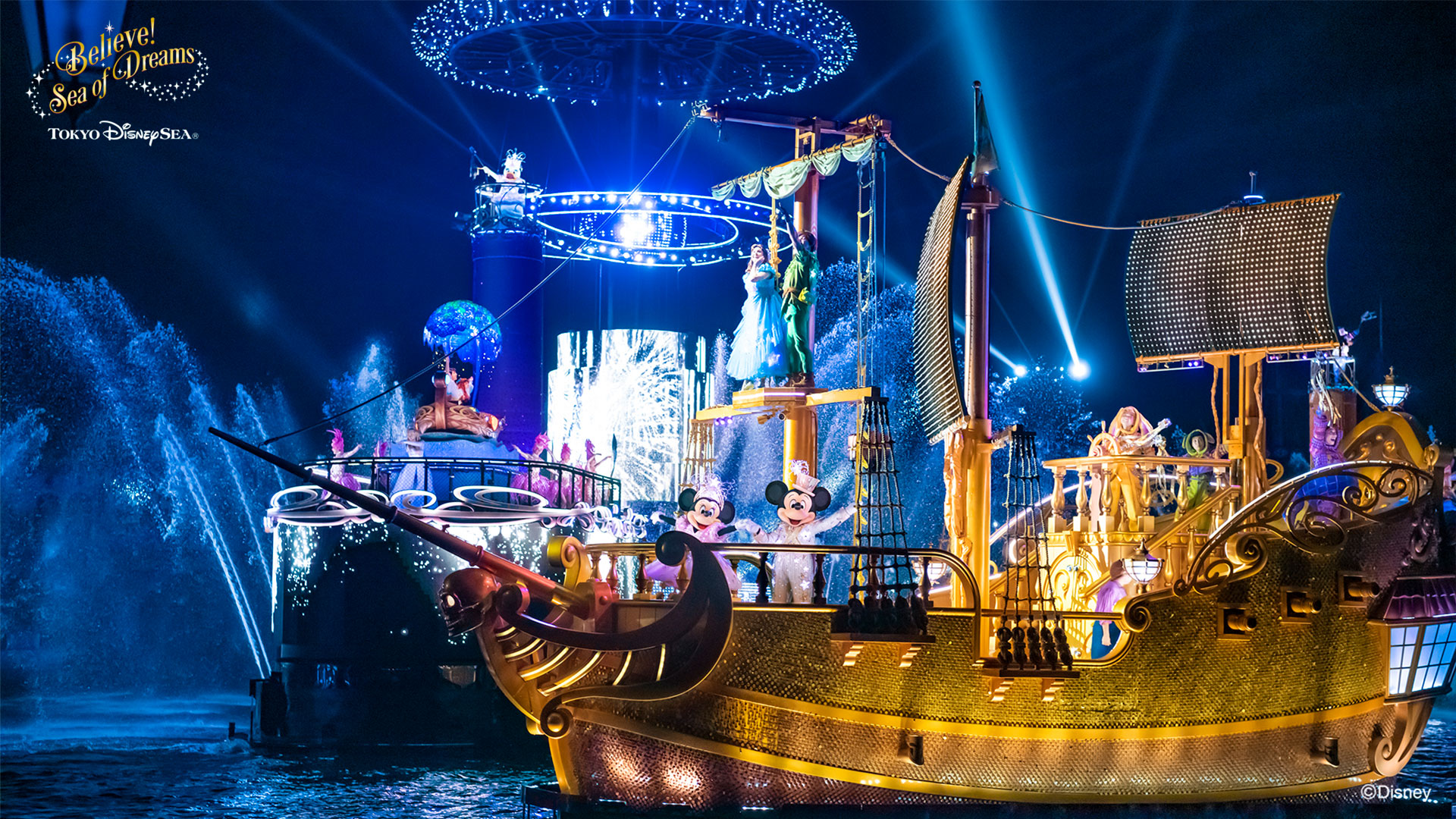 The image was released today as the monthly wallpaper for November 2022 on the Tokyo Disney Resort website. The image appears to show Mickey, Minnie, Peter Pan, Wendy, and the Lost Boys on the golden ship barge, Daisy on a separate raised platform, and dancers on one of the show’s screen barges.

In “Believe! Sea of Dreams,” Disney and Pixar friends remind dreamers to keep on believing and making their wishes come true. The show takes place on Mediterranean Harbor at Tokyo DisneySea, where the waters are transformed into the Sea of Dreams—a place filled with “wishing stars” that appear whenever someone makes a heartfelt wish.

Are you excited to watch “Believe! Sea of Dreams”? Let us know in the comments below!