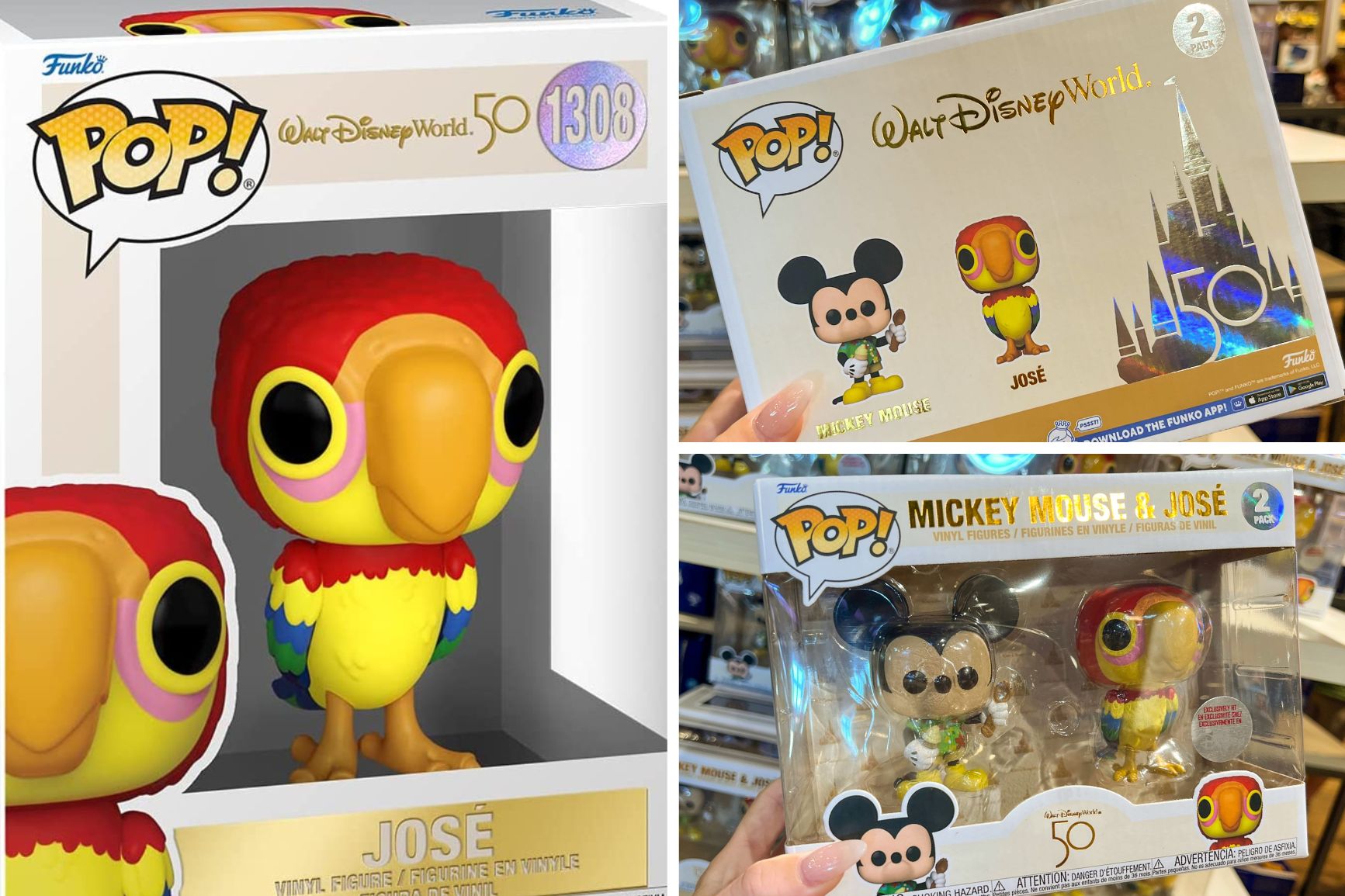 First up is the 50th Anniversary Funko Pop! Aloha Mickey figure. Wearing his finest floral shirt and holding a Dole Whip in one hand and spoon in the other, Aloha Mickey is the true embodiment of Aloha Isle in Adventureland, the iconic snack location which is home to Magic Kingdom’s Dole Whips. Standing about 3.4 inches tall, Mickey comes in a box which is decked out in Walt Disney World 50th anniversary touches.

Hailing from the neighboring Walt Disney’s Enchanted Tiki Room, José is the host with the most at the opening day Walt Disney World attraction. Like Mickey, José arrives in a 50th anniversary themed display box. Much like the bird that croons in Adventureland, José is presented in all of his colorful glory in this Pop! figure.

Rounding out the new Funko Pop! options is this Disney-exclusive set containing both of the figures, with Mickey and José sitting side-by-side.

The display box, as with the individual figures, has 50th anniversary embellishments all around, with a large castle 50th logo on the back. The figures inside are identical to the single versions.

We found the two-figure set inside World of Disney at Disney Springs, and it sells for $29.99, while both of the individual figures are available for preorder on Amazon.

For other great Disney gift ideas, check out the new ‘The Imagineering Story’ book which releases in November and Mickey Mouse One: Walt’s Plane merchandise collection.