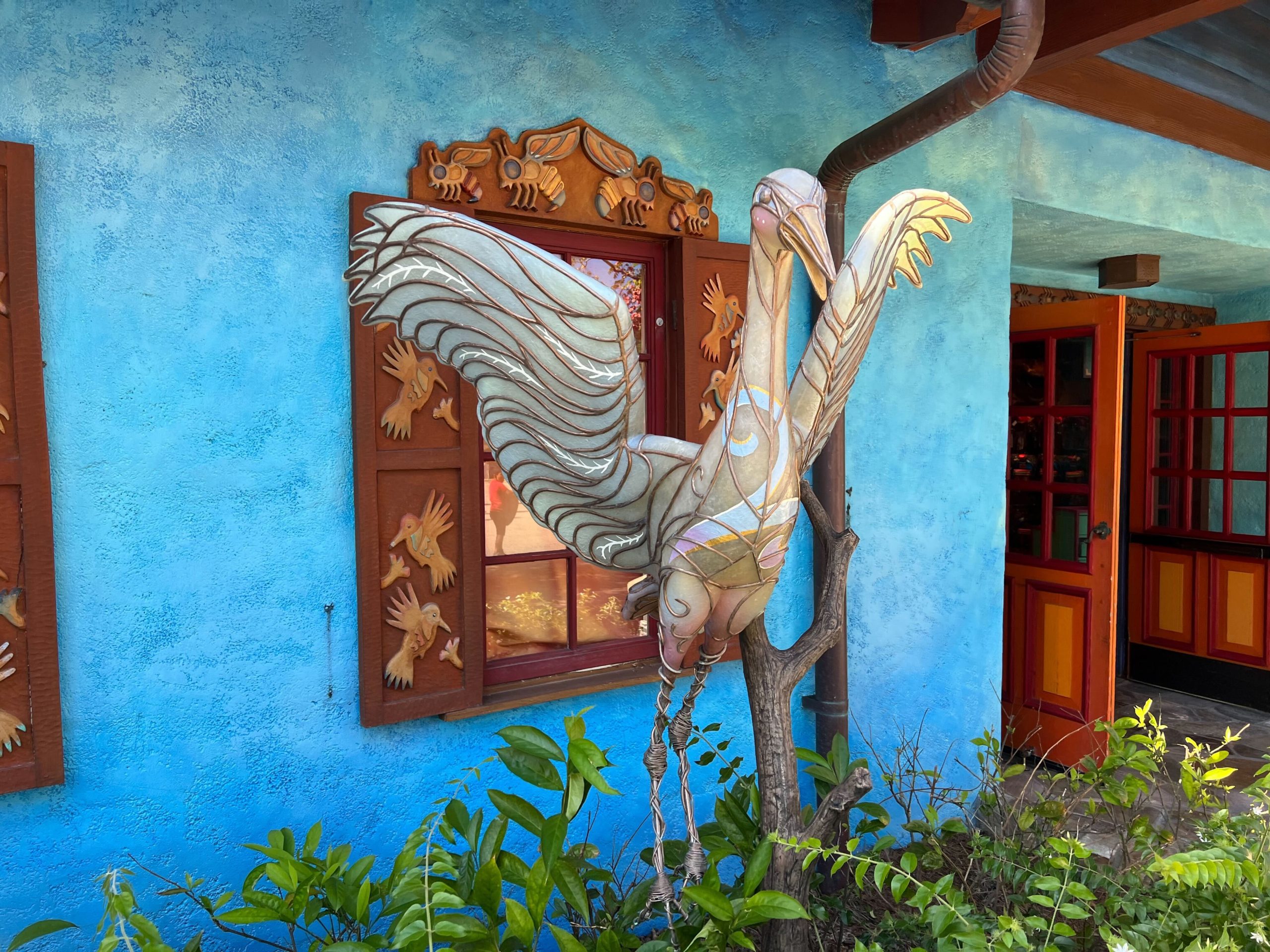 The holiday season is fast approaching, and Disney’s Animal Kingdom is already getting ready for the season as Merry Menagerie-themed decorations begin to appear.

Right now, the decorations mostly adorn the roofs of shops.

Lanterns of the animals featured in the Merry Menagerie can be found lining the roof of Riverside Depot.

The roster of creatures shown in the decorations include reindeer, doves, owls, foxes, and squirrels, all rendered in a winter color scheme of white, blue, and pink.

The same lanterns can be found atop Discovery Trading Company.

Island Mercantile has the same decorations on the roof to give a cohesive look to the shops on Discovery Island.

The lanterns go around the perimeter of the roof.

This figure of a crane is posed outside one of the entrances.

One section is still unadorned, though given that it’s still October, it could just mean decorations haven’t been installed yet.

Moving around the building, the lanterns are on both tiers, giving it a nice layered effect that should look great at night.

More crane figures are just to the right of the entrance.

Are you looking forward to the holiday season? Share your thoughts in the comments!