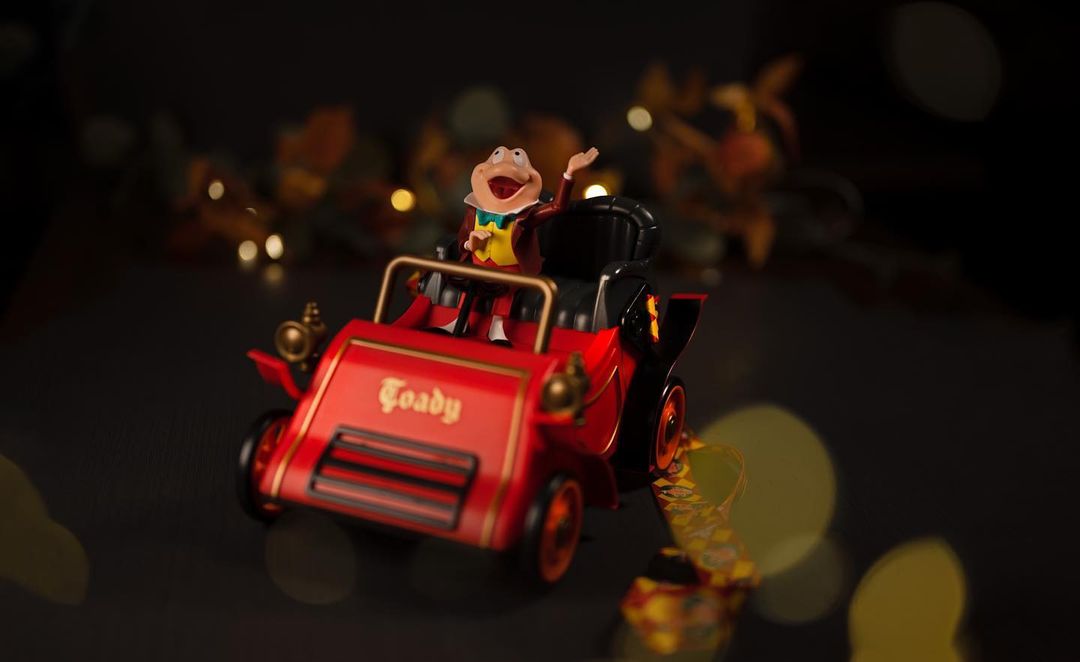 A Mr. Toad popcorn bucket is crashing into Walt Disney World on November 1, 2022.

Disney Parks shared a TikTok video of the bucket being uncovered in the pet cemetery of The Haunted Mansion, where there is a grave dedicated to Mr. Toad.

The bucket is shaped like Mr. Toad’s red car, with the toad himself sitting inside. There will be a limit of 1 mobile order per day for 2 buckets while supplies last. It seems it will only be available via mobile order.

The Mr. Toad dome cake will return, this time at Big Top Snacks. It will be exclusive to those who purchase a Mr. Toad popcorn bucket, implying this is where the bucket will also be available. Though Disney’s wording was unclear, it seems the cake will not be a complimentary gift but will be available for purchase in addition to the popcorn bucket.

A new PhotoPass Magic Shot, featuring Mr. Toad driving past guests, will be near Storybook Circus, despite the released image showing it in Fantasyland right behind Cinderella Castle.

Mr. Toad is from “The Wind in the Willows,” a 1908 novel by Kenneth Grahame, and is featured in Disney’s 1949 animated film “The Adventures of Ichabod and Mr. Toad.” He’s the star of Mr. Toad’s Wild Ride at Disneyland Park. The ride was also an opening day attraction at Magic Kingdom, but closed in 1998 and was replaced by The Many Adventures of Winnie the Pooh.

Disney has been celebrating the legacy of Mr. Toad during the 50th anniversary of Walt Disney World. Mr. Toad treats, including a burger, debuted at Friar’s Nook last year. This is where the dome cake was previously available, but it was later replaced by another Mr. Toad dessert, the devil’s chocolate mousse cake.

A Mr. Toad’s Wild Ride step-in photo op is currently available at Magic Kingdom during Mickey’s Not-So-Scary Halloween Party this year. There is also a Mr. Toad statue in the Main Street Cinema and a Mr. Toad car in Marketplace Co-Op at Disney Springs. Mr. Toad merchandise, including pins and apparel, has been released over the past year.