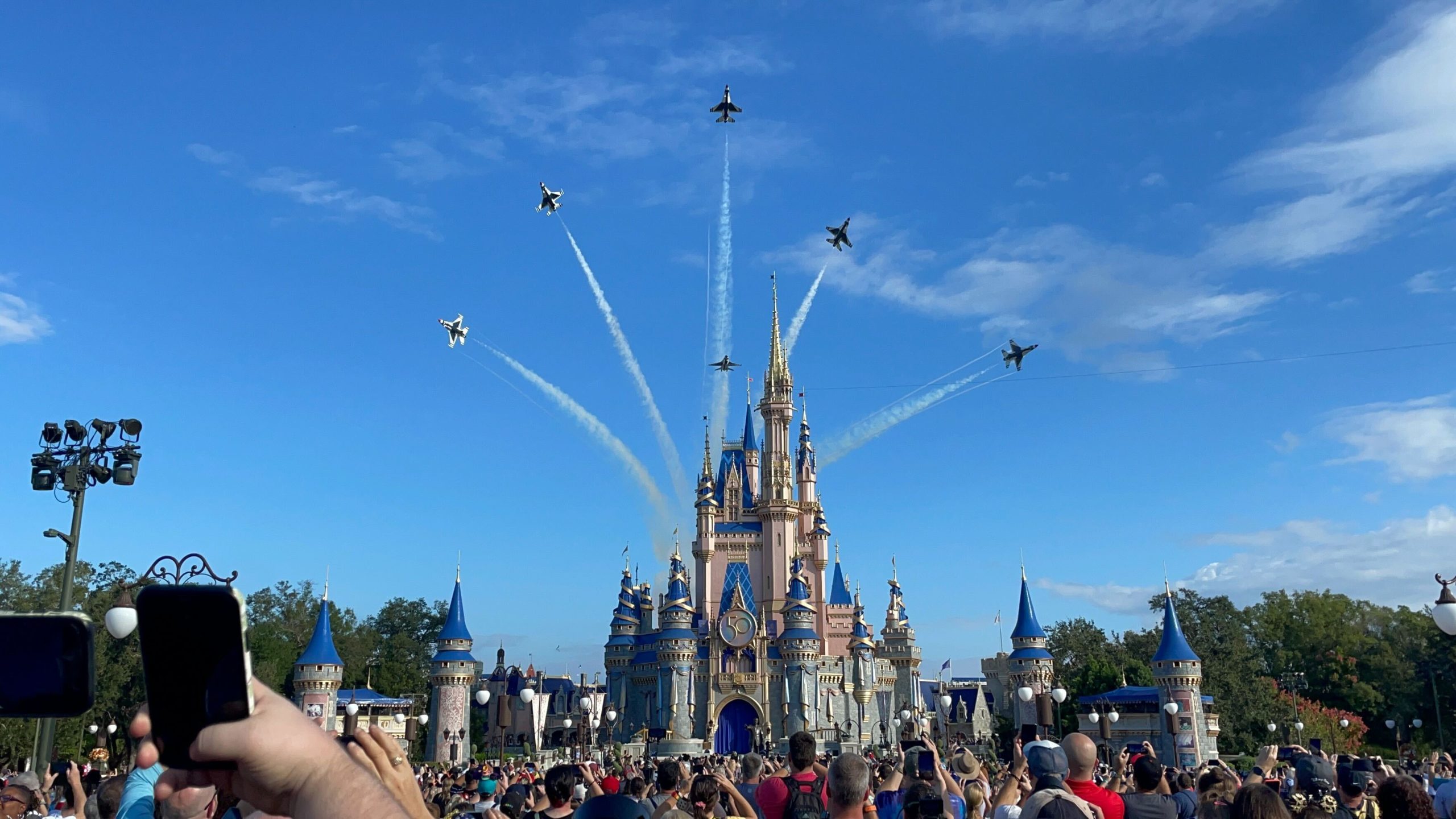 Before the flyover, we met some pilots on the ground. They then moved to the roof of Casey’s Corner to direct the flight path.

The Thunderbirds, based out of Nellis Air Force Base, are a group comprised of six F-16 Flying Falcons assigned to the 57th Wing.

They made two passes over the park, first just flying straight over Cinderella Castle and down Main Street, U.S.A.

On the second pass, they split off in a maneuver inspired by fireworks.

Watch our video of the flyover below.

This marks the first appearance by the air demonstration squadron at Walt Disney World since October 2020, when the Thunderbirds flew over EPCOT.

Did you get to see the Thunderbirds this morning? Let us know in the comments.

Dates Announced for 2023 EPCOT International Festival of the Arts