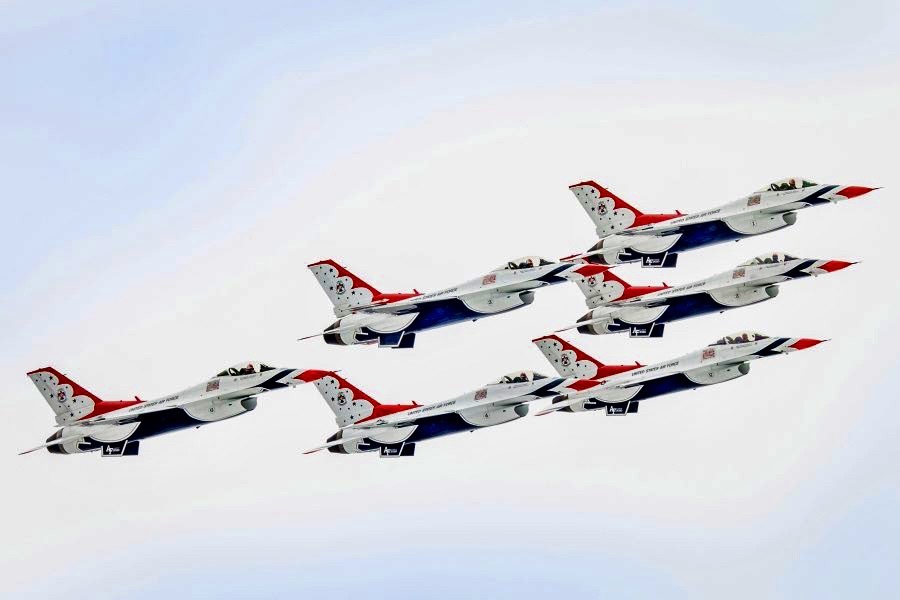 To mark National Veterans and Military Families Month, the U.S. Air Force Thunderbirds will fly over the Magic Kingdom on Thursday, October 27.

The flyover is expected to take place around 9:30 AM., when they’ll make two passes over the park that culminates when they break off and accelerate, giving the appearance of fireworks. This marks the first appearance by the air demonstration squadron at Walt Disney World since October 2020, when the Thunderbirds flew over EPCOT.

The Thunderbirds, based out of Nellis Air Force Base, are a group comprised of six F-16 Flying Falcons assigned to the 57th Wing.

November marks National Veterans and Military Families Month, celebrating the importance of those who have served and the families that support them.

Are you excited to see the flying team in the skies over the Magic Kingdom? Share your thoughts in the comments!

2 thoughts on “U.S. Air Force Thunderbirds to Fly Over the Magic Kingdom October 27”