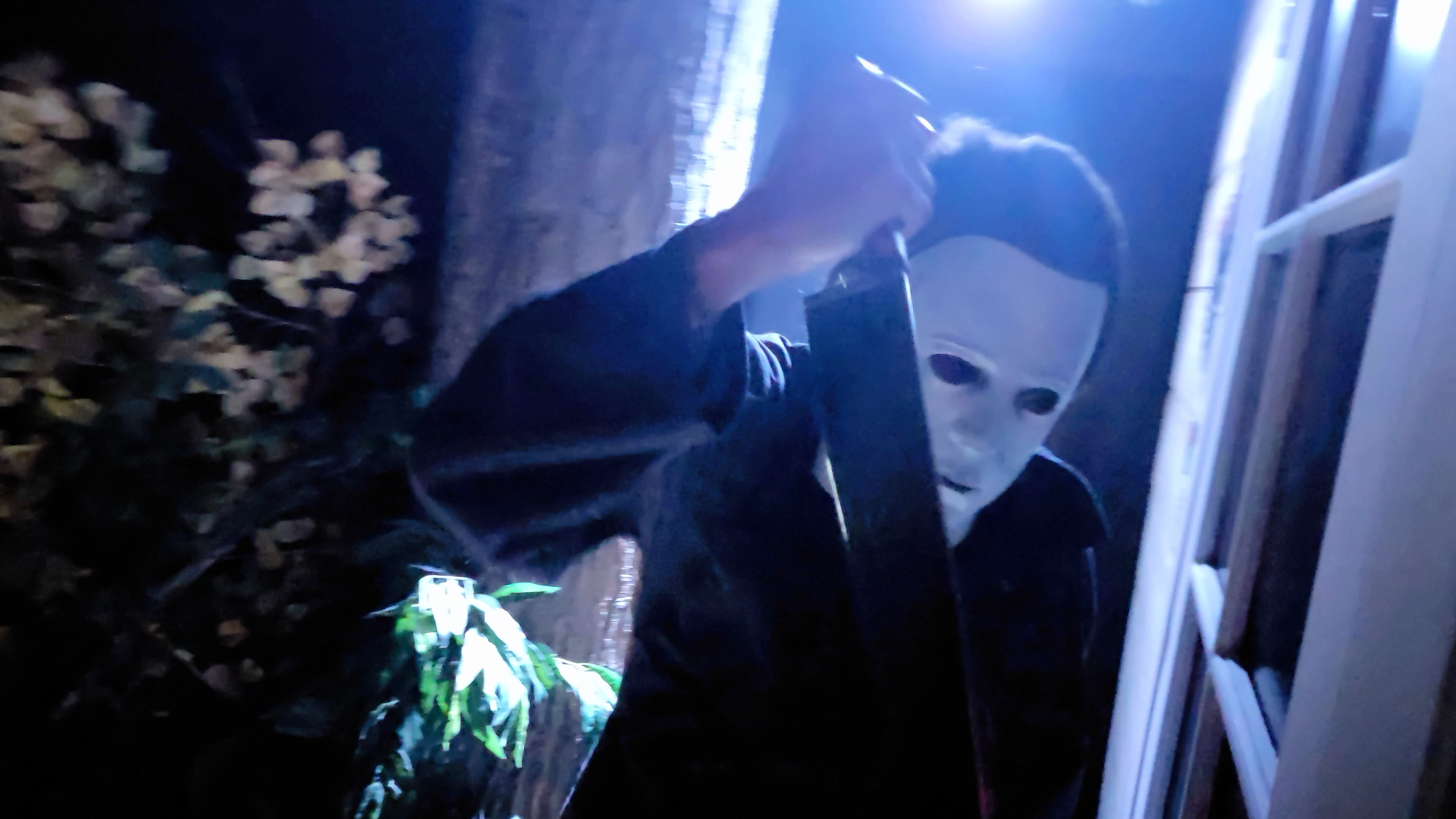 “Halloween” has returned to Universal Studios Hollywood for another year of Halloween Horror Nights 2022.

This, like Killer Klowns from Outer Space, is a repeat from previous years though it is laid out better this time and becomes more enjoyable.

That being said, it’s still only okay and not one to really blow anything out of the water.

It features many of the same gags and effects we’ve come to know from years and years of “Halloween”-themed haunts and although it is still well done, this is now rather well-worn territory.

With appearances in 2009, 2015, 2016, 2018, 2021, and now 2022, Michael Myers is a veteran of the Halloween Horror Nights event at Universal Studios Hollywood. There is only so much that can be done with the same property and villain before it gets tired.

For those who haven’t seen any of the previous houses based on the “Halloween” franchise, it’s a good one-off and brings that classic horror movie feel.

But for those who have seen this time and again, it’s predictable.

And whereas one can revel in the artistry of La Llorona coming back again, this one isn’t particularly beautiful or amazing.

It does its job, it’s a decent maze, and it’s very faithful to the film. It’s just not one of the best houses we’ve ever seen.

Watch our walkthrough video of the “Halloween” haunted house:

NBC is releasing a new special, “Halloween in Hollywood,” about Halloween Horror Nights and the “Halloween” franchise.