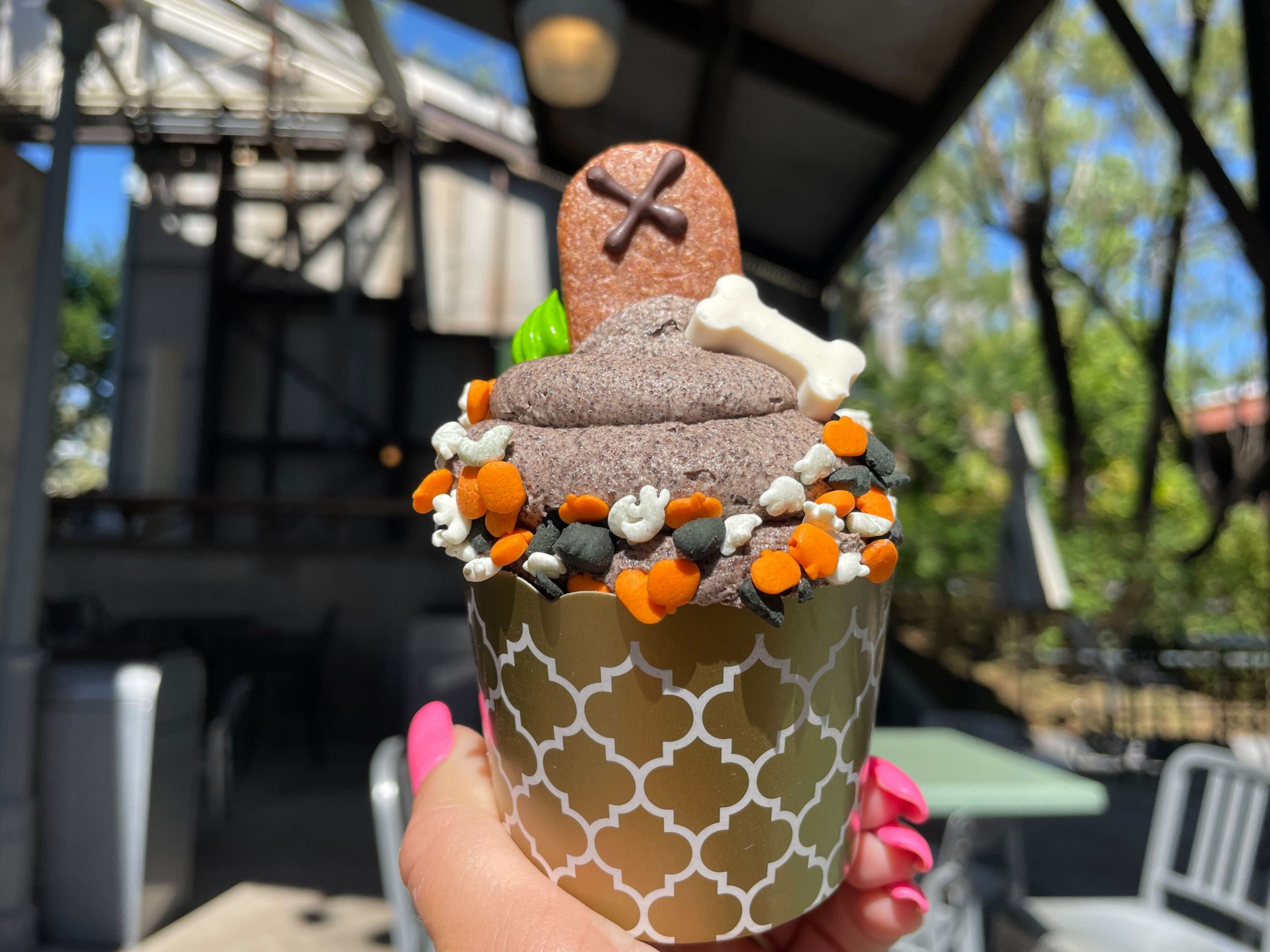 The Graveyard Cupcake has returned to Walt Disney World for the 2022 Halloween season. This cupcake is available at Backlot Express in Disney’s Hollywood Studios through October 31.

This is a cute cupcake, with ghost, pumpkin, and bat sprinkles, a cookie tombstone, and a white chocolate bone on top.

The gravestone cookie was, unfortunately, so dry it was almost inedible.

The cake was moist and very chocolate-forward.

There is a lot of icing on top, but it’s a delicious cookies and cream flavor, so we aren’t complaining. It tastes like an Oreo.

The cupcake has fudge filling but a disappointing amount compared to the amount of cake.

Overall, this is a basic Disney cupcake with a Halloween twist. It’s not bad, but it’s nothing special.