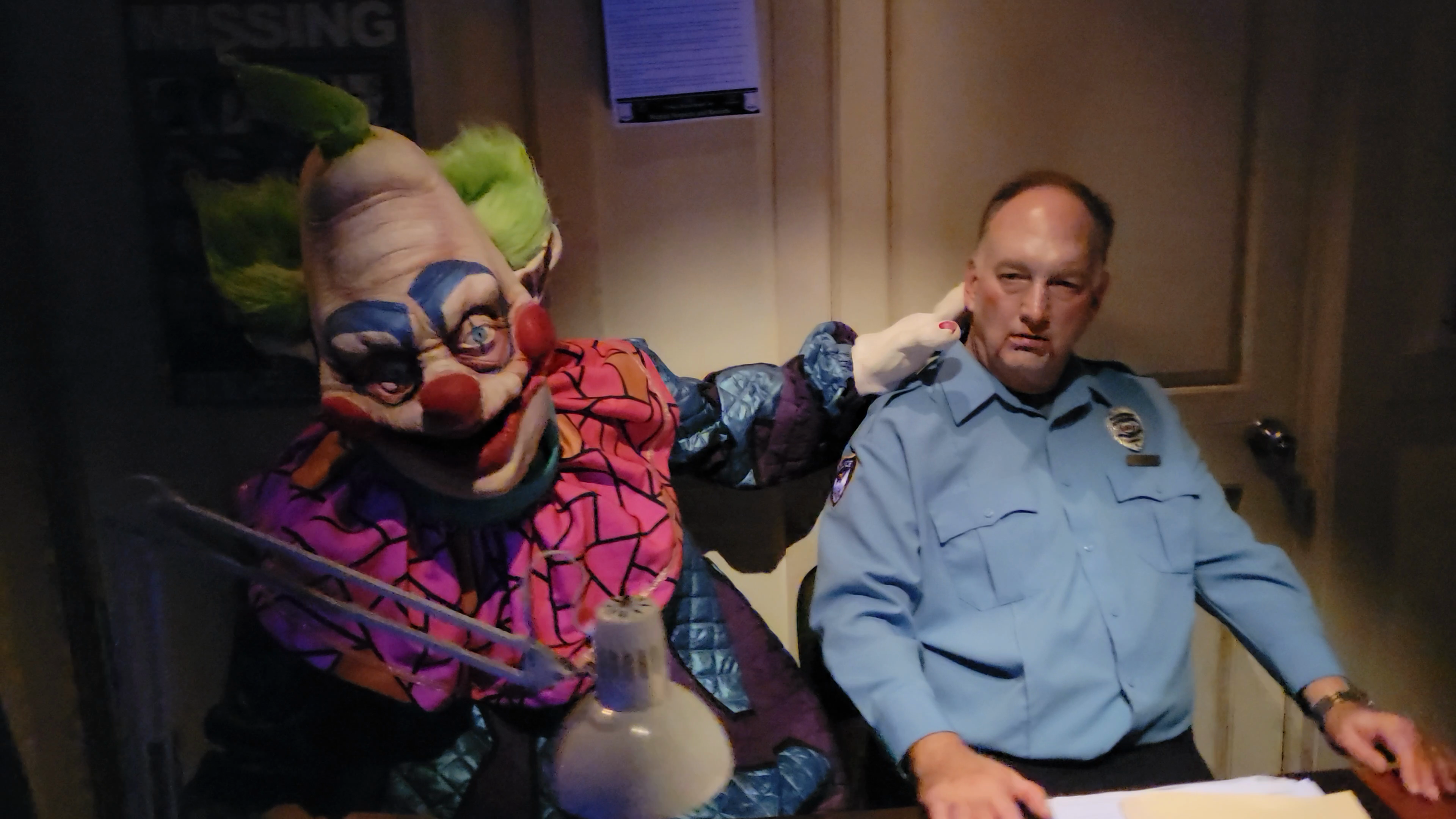 The Killer Klowns From Outer Space have landed on earth for another Halloween Horror Nights at Universal Studios Hollywood.

Here’s the official description of the house: “There’s nothing funny about these Killer Klowns who’re back to make gooey, out of this world snacks out of you and your scream squad. If ever there’s a reason people are afraid of clowns, this is it.”

A repeat house from 2019, the difference in location lends this house an edge with a better layout, allowing for better sight lines and a more clear flow without dead space.

Many of the sets, props, and costumes are reused from the last time Killer Klowns was offered, but somehow it feels bright and new, even better than its first time out.

In honesty, however, this could be from a deeper knowledge of the film since its first Halloween Horror Nights appearance. We first went through this maze in 2019 having not seen the film, and then went home to watch it and visited the event again two weeks later.

It was a night and day difference as to the understanding and enjoyment of the house the second time through.

Now, three years later, we have seen the film a few more times and are more familiar with it than when the house first debuted. This could contribute to how much we enjoyed the house this year.

That being said, the layout is different than 2019, almost entirely reversed in fact, and it just fits together better this time around.

We highly recommend watching the film prior to experiencing this house, but know that you are getting a better house at its core this time than last time.

Watch our full walkthrough below: