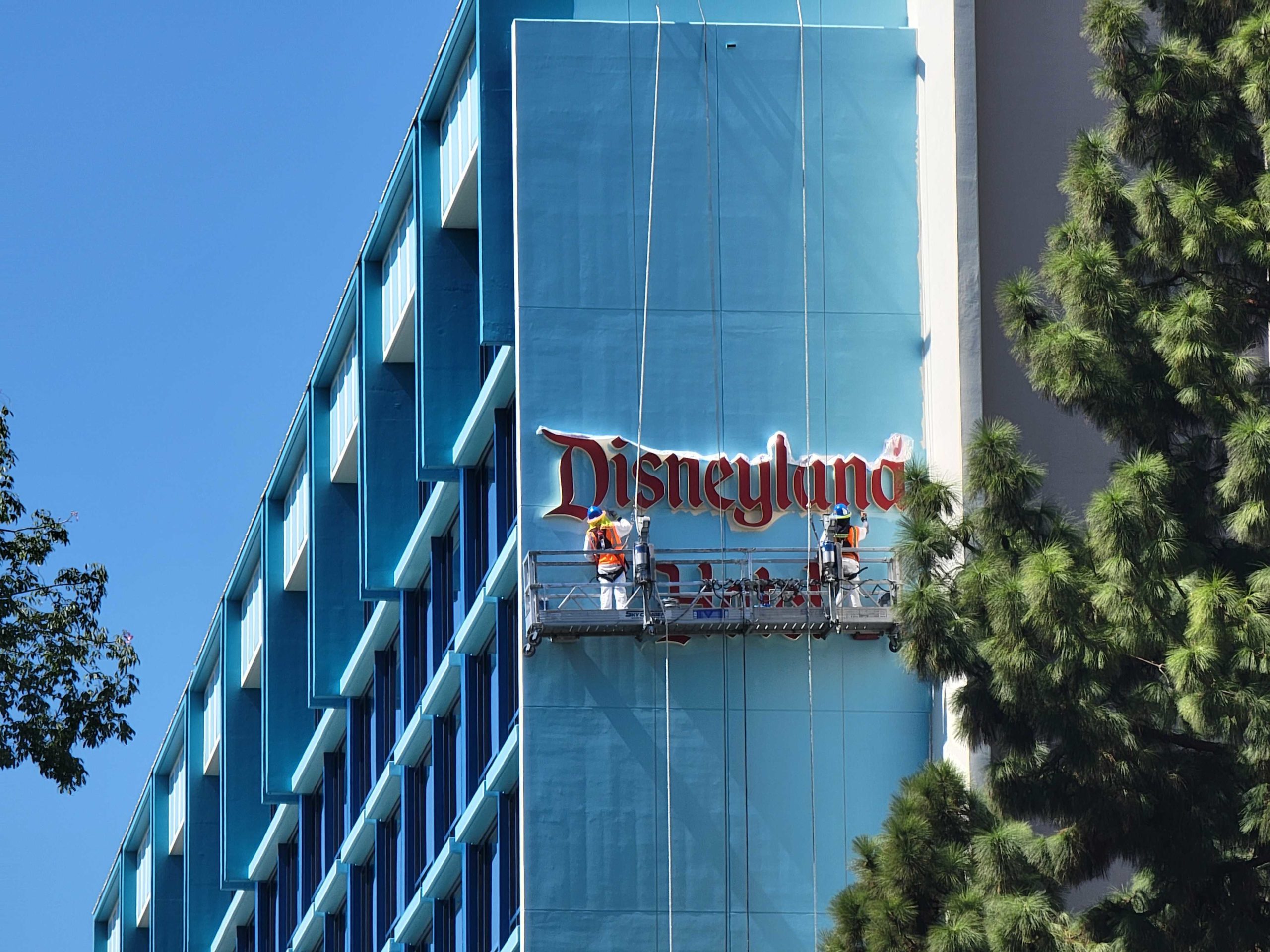 With construction still ongoing on The Villas at Disneyland Hotel, the rest of the hotel is getting some attention with a repainting.

We spotted a couple of workers repainting the hotel signage on the Adventure Tower.

Walking around the hotel grounds, we can see the upcoming Disney Vacation Club tower with most of its core framework in place.

The roof of a nearby tower sports a blue and white color scheme.

Nearby, we can see what looks to be the entrance to the new building, based on the concept art released last year:

Meanwhile, the Disney Vacation Club Preview Center was closed, but not blocked off.

Hopefully, this means it should open soon.

The Preview Center is home to model rooms from Aulani.

Coming around, we can see the early stages of roof repainting, as the tan exterior gives way to blue and white.

Walking past Cascade Falls, we were pleasantly surprise to see Ol’ Unfaithful working, a sight we haven’t seen in a long while.

The light and steam effect give the appearance of a geyser.

The location pays tribute to the former Disneyland attraction “Mine Train Thru Nature’s Wonderland,” where the original Cascade Falls and Ol’ Unfaithful once stood.

And with one last look at The Villas at Disneyland Hotel, our tour concludes.