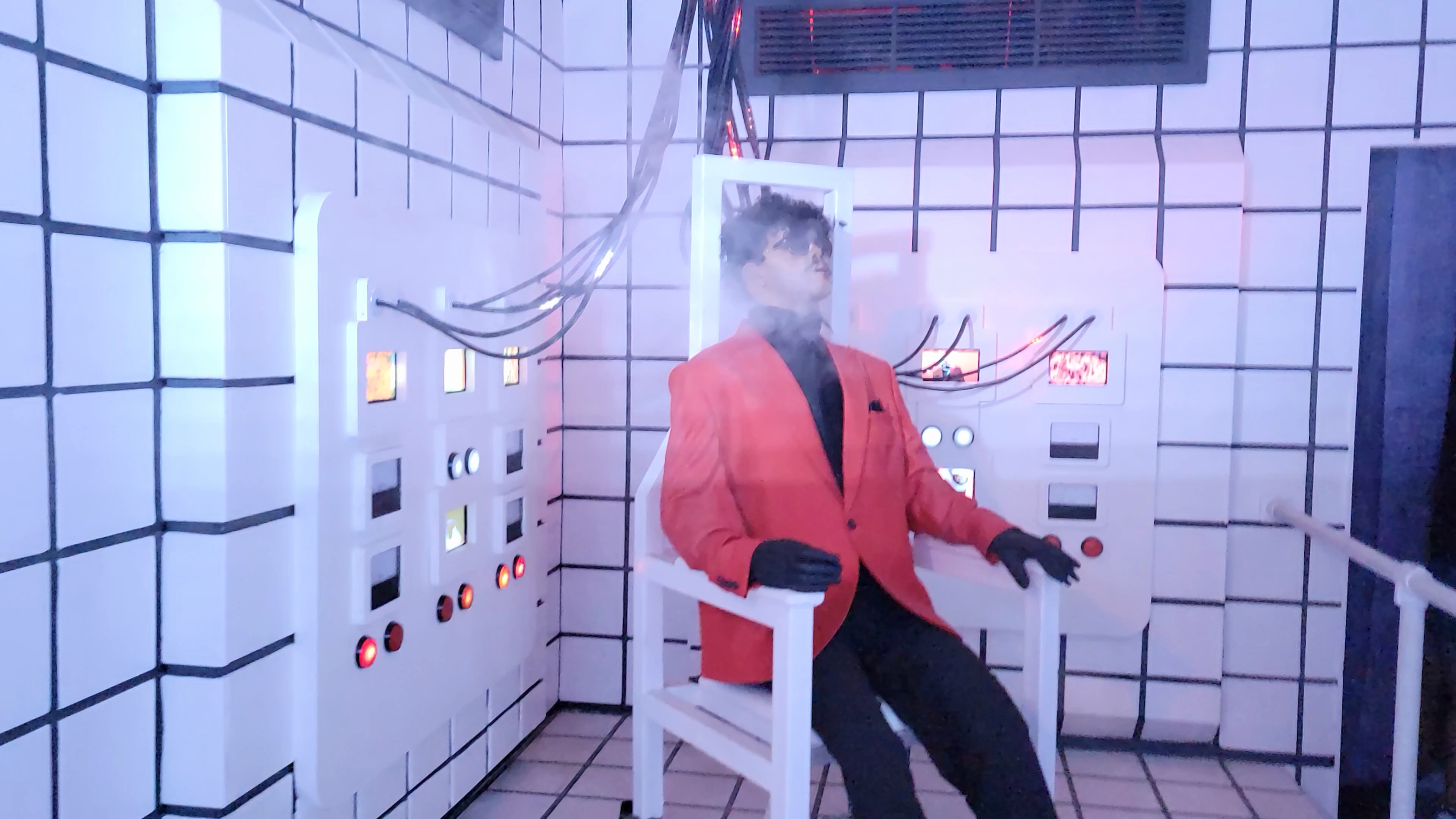 Enter the nightmares of The Weeknd this Halloween Horror Nights at Universal Studios Hollywood with The Weeknd: After Hours Nightmare.

Here’s the official description: “You love his music, but can you survive his mind? The Weeknd is about to stalk your squad through this haunted house, a surreal living nightmare from his After Hours videos. His nightmare is now yours.”

The Hollywood version of the house is similar to the Florida version. Universal worked with The Weeknd to create the house, and he had an entire story written out for his “After Hours” album. It’s musically driven with interactive lighting. Those that are sensitive to flashing lights should take caution.

This house has consistently high wait times and receives top billing among all the houses this year, with the poster for this house plastered across the gates of Universal Studios Hollywood.

Despite the publicity and the obvious popularity, we were unimpressed by this house.

There were four sets that were built for the house (torture room, nightclub, a hotel hallway, and a bathroom) as well as a mirrored hallway. Some were just redecorated and featured twice to complete the house.

Few, if any, of the scares landed well on the guests and they weren’t particularly creative or well constructed.

The whole thing had more of an air of a heavily themed nightclub than a haunt.

While it made for an enjoyable place to hang out and listen to some music, it was not great for a Halloween Horror Nights house.

Overall, we’re glad we went through to say we did it all, but it was definitely a one-time visit.

Watch our walkthrough of The Weeknd: After Hours Nightmare below.

Repainting Underway as Construction Continues on The Villas at Disneyland Hotel