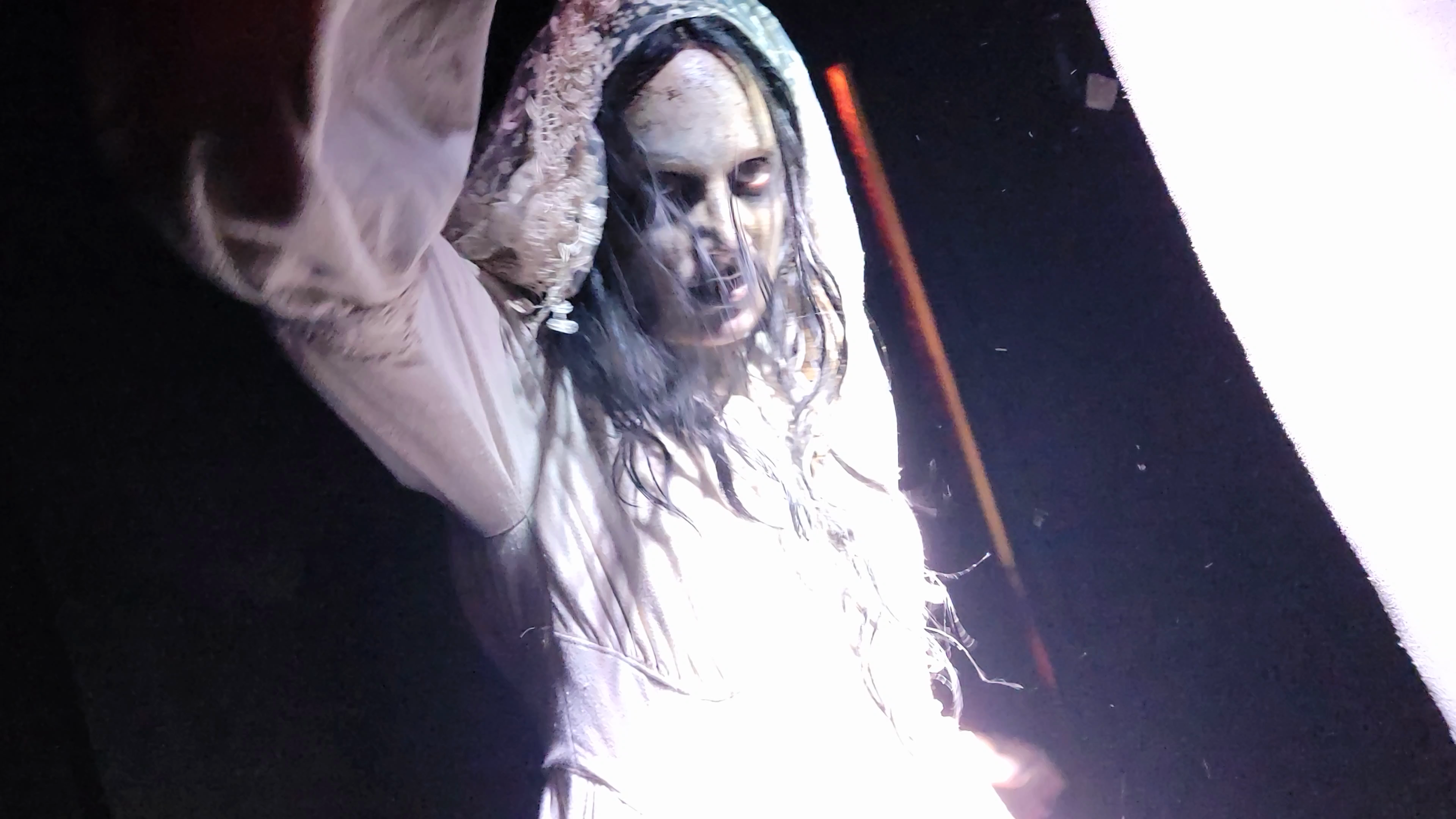 La Llorona is haunting yet another Halloween Horror Nights at Universal Studios Hollywood. The character has starred in several houses and scare zones over the years at both Hollywood and Universal Studios Florida, but is a welcome comeback.

Here’s the official description of La Llorona: The Weeping Woman: “You and your scream squad remember the tale of the woman who drowned her children and then herself. Once a childhood fable, she’s back to terrify once again. This is no nightmare. This is La Llorona.”

With each new iteration of La Llorona at Halloween Horror Nights comes bigger sets and cooler versions of the monster.

This iteration is more of a rehash than an update, bringing back many of the same sets and effects from the last time we encountered La Cazadora de Niños in 2012.

The last 10 years have done nothing to hinder the beauty of this house, and although it may not be the best haunt of the event anymore, it is still one of the more remarkable mazes that Universal Studios Hollywood has ever put on.

As such, this remains a fantastic addition to the roster of this year’s houses.

For those who did not have the chance to see La Llorona in 2011 and 2012, this is a must-see house and definitely ranks as a priority when visiting this year’s event.

Watch our La Llorona: The Weeping Woman walkthrough below.