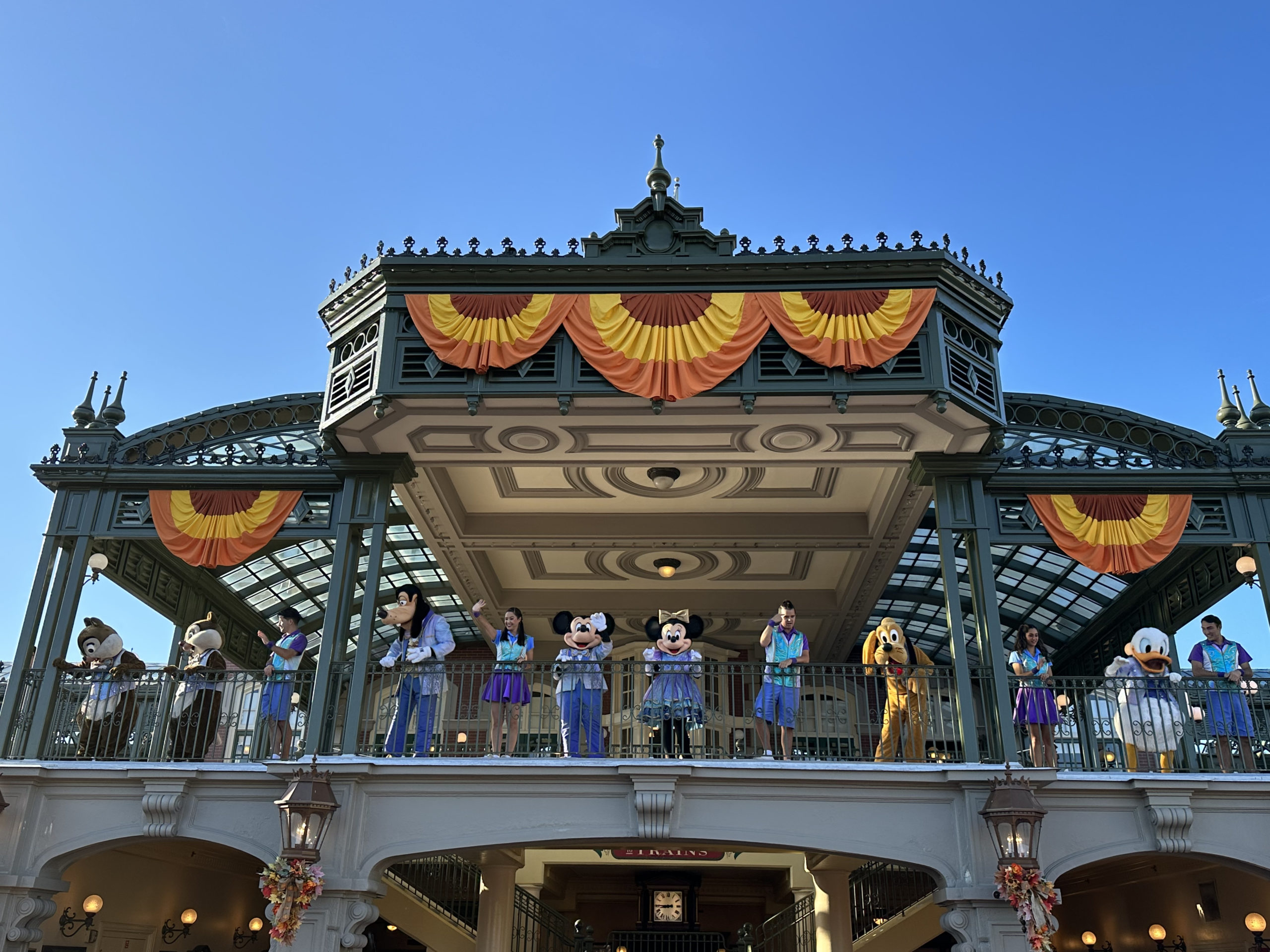 Good morning from Magic Kingdom! Today we plan to spend the day here looking for all the new things we can find. Let’s get started.

As we walked into Magic Kingdom, we noticed a sign showing tickets were still available for tonight’s Mickey’s Not So Scary Halloween Party.

In the Emporium, we spotted this Hocus Pocus color changing mug with a spoon. Add hot liquids to this cauldron style mug, and writing and colors appear.

In addition to the big Disney Munchling plush, there are also mystery packs to choose from. All the Disney Munchlings are scented, which helps when picking out a mystery box.

We spotted a Mickey reversible bucket hat in the Emporium. One side is black and features Mickey Mouse and a peace sign.

The other side of the bucket hat is also black and features an allover design of Mickey Mouse.

We couldn’t resist saying hello to our favorite pals on top of the Main Street Station.

As we made our way through Magic Kingdom, we noticed that the “Disney Fab 50” character statues were playing spooky Halloween sounds. In order to interact with the statues, you need to purchase a MagicBand+.

There were 11 pin releases today at Magic Kingdom in Frontier Trading Post. The first pin is The Nightmare Before Christmas “Together Forever” limited release pin.