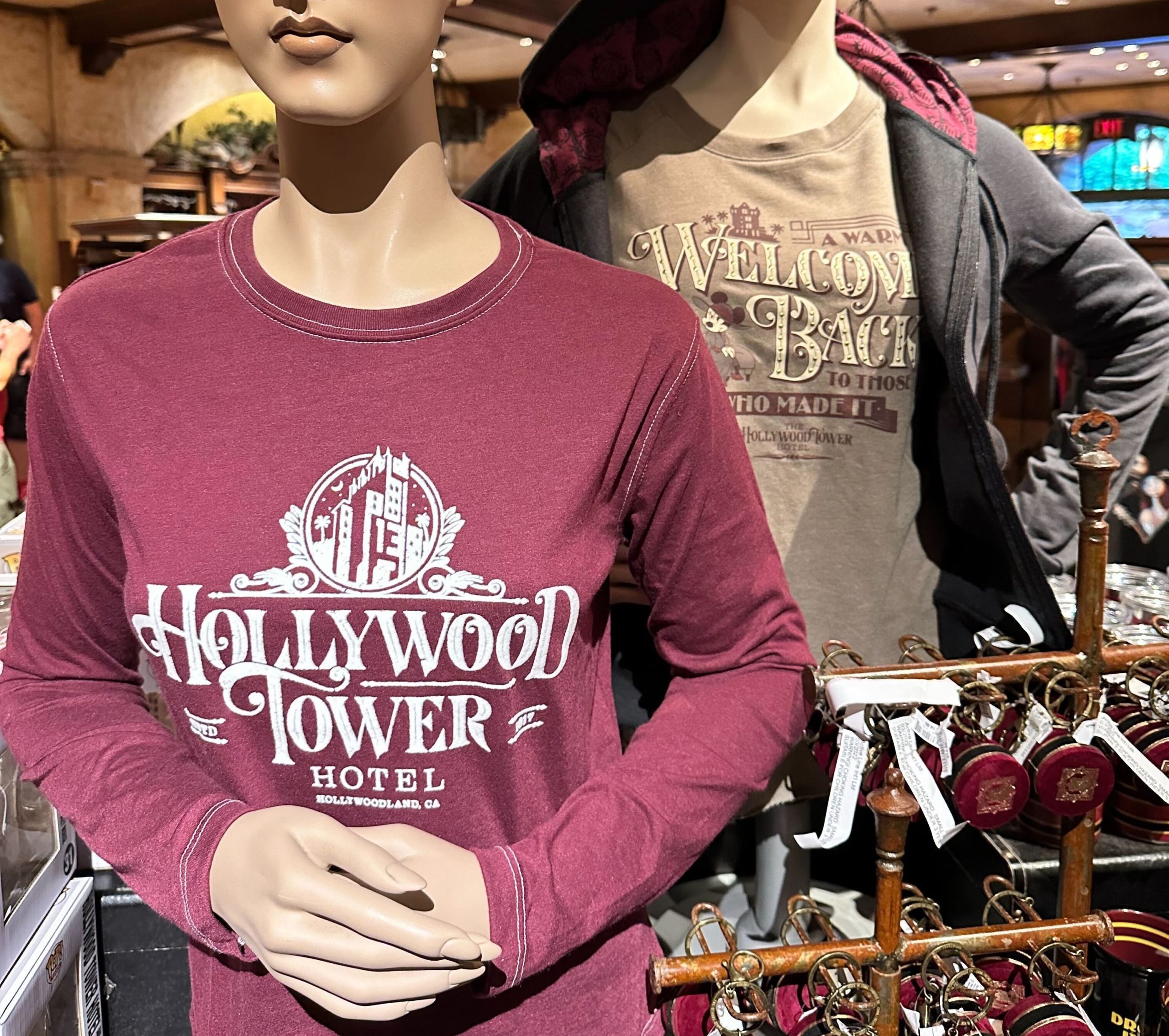 This red long-sleeve shirt bears the Hollywood Tower Hotel logo at the center, and the hotel’s silhouette above. Flanking on the left and right are “Estd. 1917”, and “Hollywoodland, CA” below.

This long-sleeve sweater reads “A warm welcome back to those who made it.” The hotel’s silhouette is near the top, and Minnie Mouse sits on a couch. Below is a stylized version of the hotel logo again.

The black hoodie bears the same design as the red shirt on the right breast.

The back side ties into the ride story itself, reading “Late one fateful night, they disappeared out of sight.” A silhouette of the hotel in a rainstorm is at the top, with “1939 Hollywood Tower Hotel” written in gold below. The classic Hollywood Tower Hotel logo appears at the bottom.

The hood itself is lined in red with black imprints of the Hollywood Tower Hotel crest.

All of these are available now at Tower Hotel Gifts at Disney’s Hollywood Studios, and don’t miss the Twilight Zone Tower of Terror Loungefly backpack we found earlier this year. Will you add these to your winter wear collection this year? Let us know in the comments below!