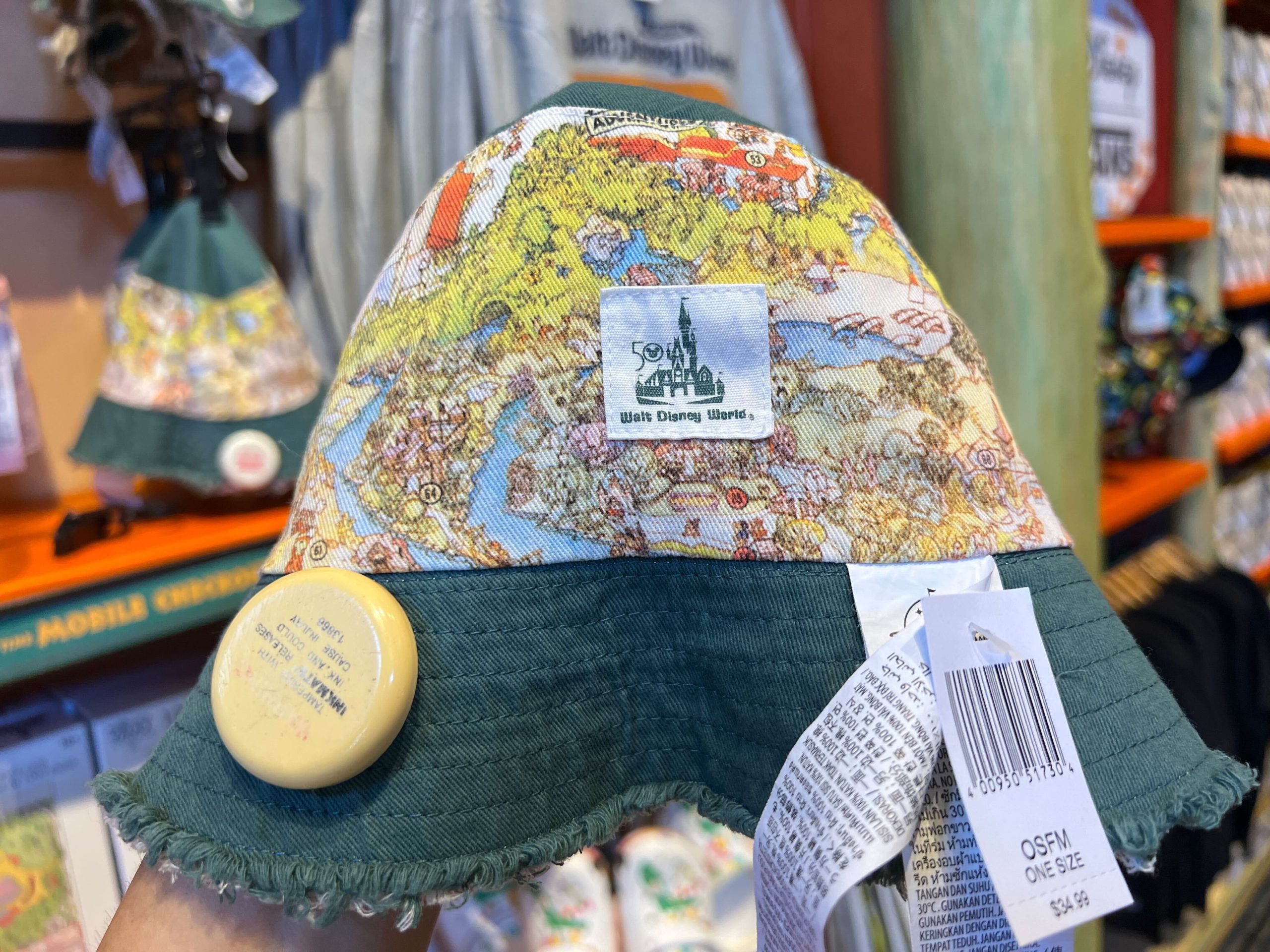 At least for a few more months, Walt Disney World’s still celebrating its 50th anniversary, and the Vault Collection keeps delivering with a new bucket hat!

One side of the hat features a 1979 map of the Magic Kingdom across the circumference.

In the middle, there’s a patch featuring a vintage Walt Disney World logo with Cinderella Castle, and a 50 to the left.

The top piece and brim are a vintage forest green.

True to the map, the restrooms, telephones, and attractions are all marked.

When turned inside out, the map wraps around the whole cap, which accentuates the distressed bottom of the brim.

Can you find any of your favorite places on this map?

A more stylized map was seen on a bucket hat from Spirit Jersey released earlier this year.

Check out The Haunted Mansion and the Rivers of America!

We found this at Island Mercantile in Disney’s Animal Kingdom.

Looking to jump ahead in time? Check out this new pullover and sweatpants from the Vault Collection themed to Walt Disney World’s 20th anniversary!

Scrims Up Around Broken Lime Garage Fountain at Disney Springs