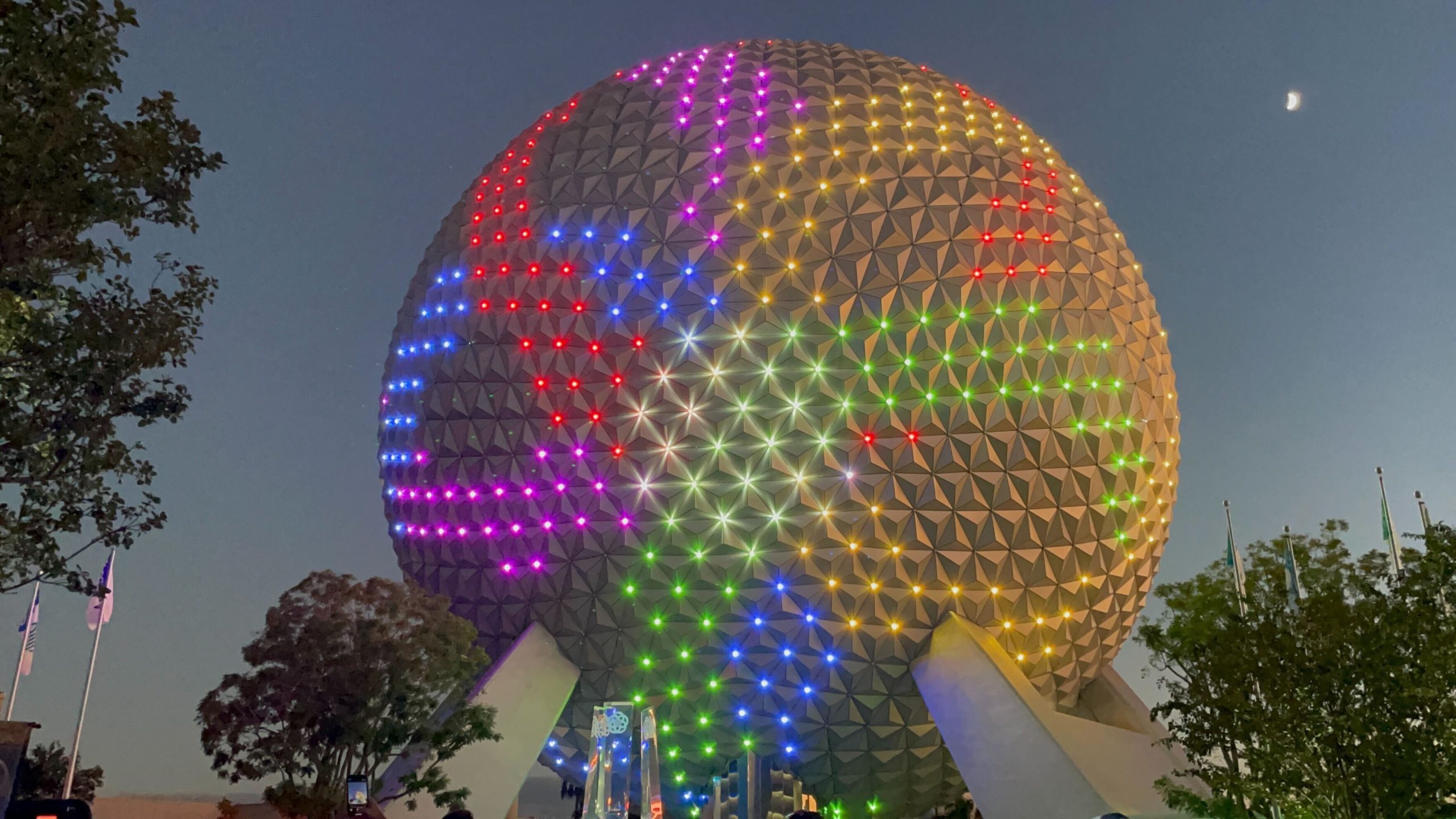 To end the EPCOT 40th anniversary celebrations, Spaceship Earth lit up for a special Beacon of Magic show. EPCOT opened on October 1, 1982, and Disney marked the 40th anniversary with an opening ceremony, dated merchandise, and special decorations.

It opens with ”Tapestry of Nations.”

The soundtrack includes ”Listen the Land,” “New Horizons,” the original ”Journey Into Imagination” music, and ”We Go On” from IllumiNations: Reflections of Earth.

The points of light were used to form the EPCOT logo on Spaceship Earth.

The show closed with Walt Disney’s iconic ”We call it EPCOT” quote.

The Beacon of Magic show began at sunset and alternated with the regular show every few minutes.

Watch our video of the EPCOT 40th anniversary Beacon of Magic below.

The Haunted Mansion Cheese Board Now Available at Magic Kingdom

5 thoughts on “VIDEO: ‘We Go On’ to ‘New Horizons’ —Spaceship Earth Lights Up For Special 40th Anniversary Beacon of Magic Show With Classic EPCOT Music”