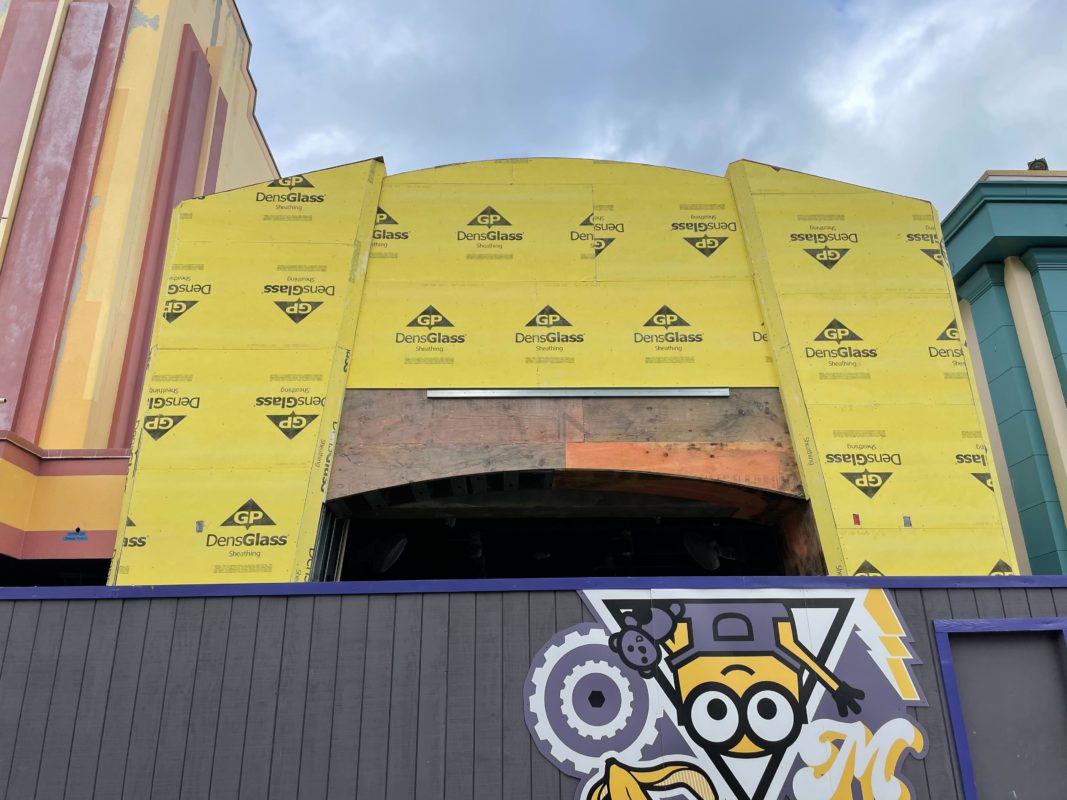 Construction work has sped up on the entrance to the rumored Minions “Villain-Con” attraction that will replace Shrek 4-D in Universal Studios Florida. In our last construction update, just a week ago, exposed steel formed an archway over the entrance.

The next day, the center of the archway was covered in wood paneling.

And the day after that, the entirearchway was covered in wood paneling.

Only a strip of wood is exposed at the bottom center of the arch.

Universal has not officially announced the new Minions attraction, but the construction walls are covered in Minion images. “Villain-Con” is in the first “Minions” movie. This soundstage is directly across from Despicable Me Minion Mayhem.

We saw crew members painting the back wall of the building a few weeks ago, and there are now gray streaks across it.

Dark streaks of spray paint are near the bottom of the building.

How do you feel about a second Minion attraction in Universal Studios Florida? Let us know in the comments.