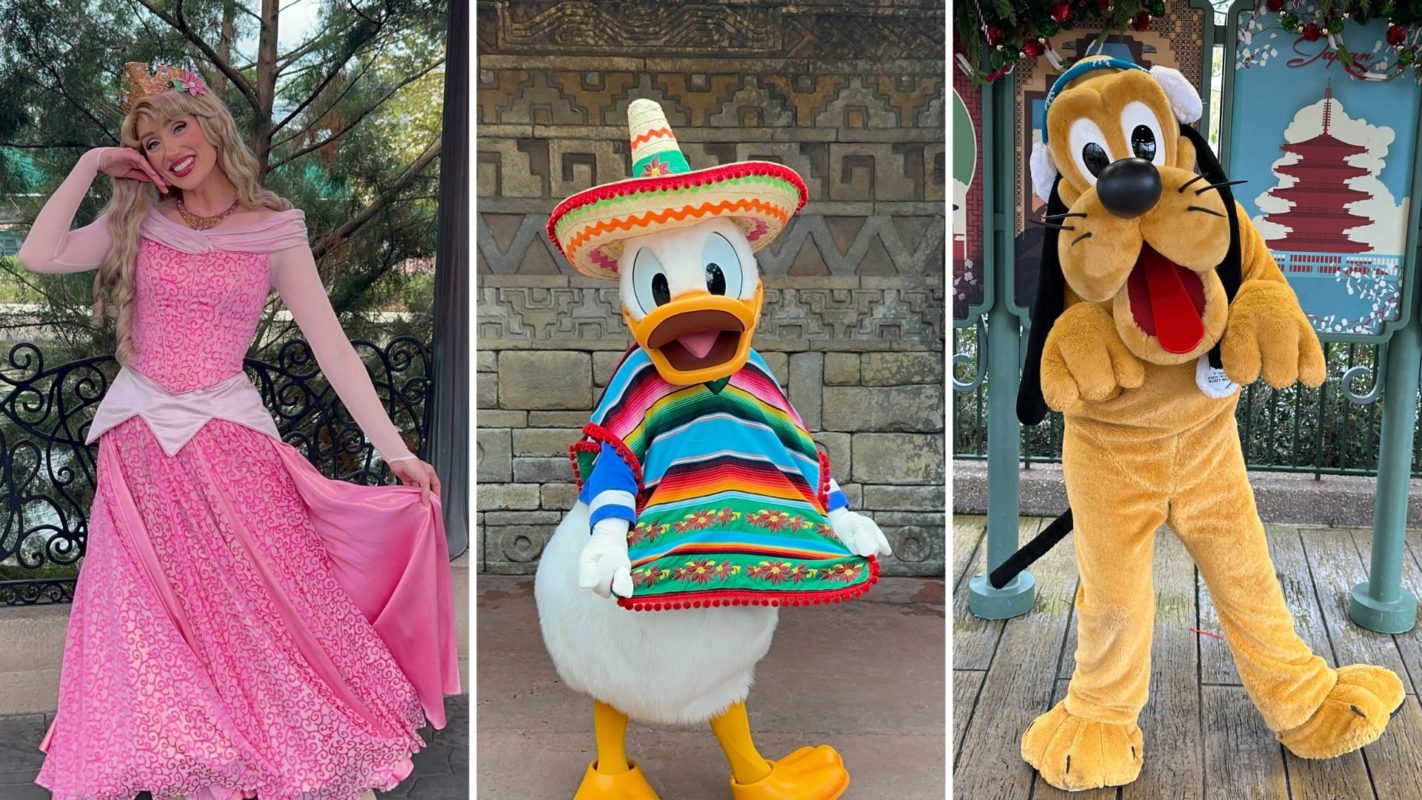 The characters of EPCOT have dressed up for the 2022 EPCOT International Festival of the Holidays, which just kicked off. We visited Pluto, Donald, Princess Aurora, and Winnie the Pooh this week.

Pluto meets in the gazebo of World Showcase Plaza.

He has some green and white earmuffs to keep his ears warm this holiday season.

His collar is also green and white, with embroidered snowflakes.

Donald has traded his usual striped poncho for one with green stripes and embroidered red poinsettias.

He was excited to show off the poncho, and his hat with a matching poinsettia design.

Princess Aurora appears in her pink ballgown and golden tiara. She’s added a pink and green flower to her hair for the holiday season.

Winnie the Pooh appears on the lawn near the Imagination! Pavilion, often with his butterfly net.

He can now be seen wearing a red Santa hat with a snowflake on the front.

What character’s holiday accessory is your favorite at EPCOT? Let us know in the comments.