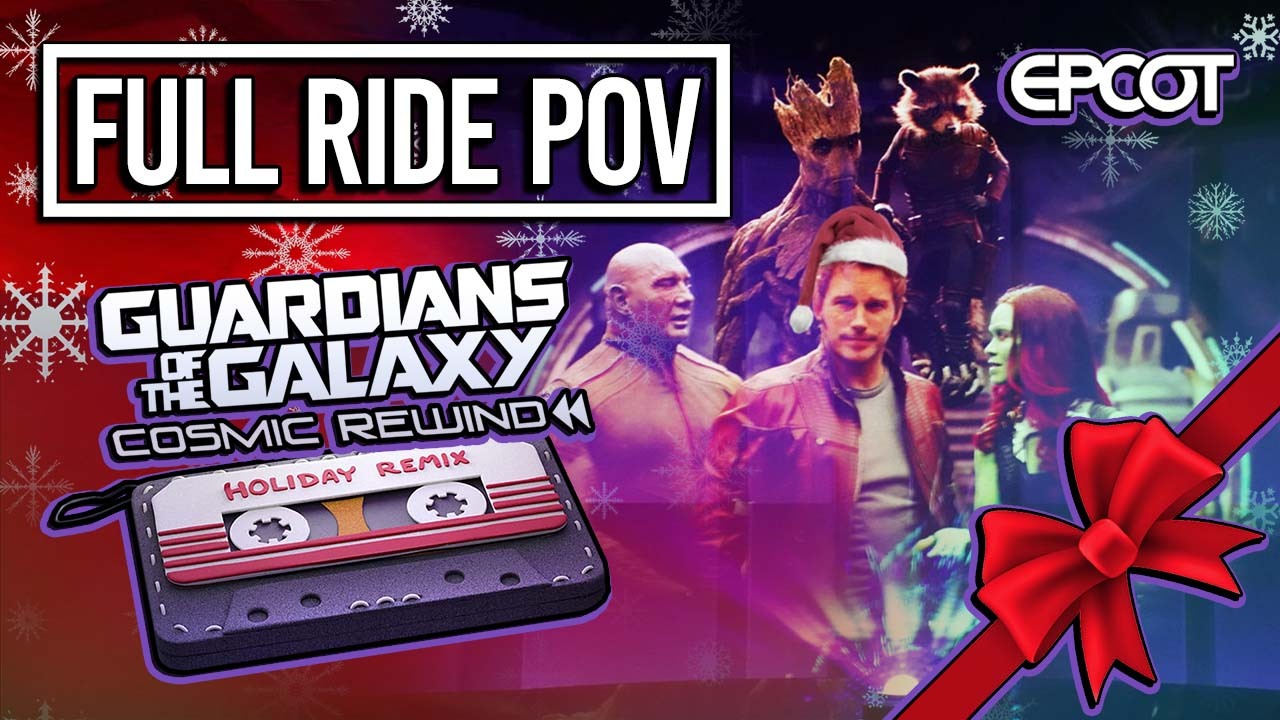 Guests can groove to a holly, jolly new beat as Guardians of the Galaxy: Cosmic Rewind Holiday Remix has landed at EPCOT. Check out the video below, or read on for more on the experience!

The seasonal “overlay” features a new song on the ride, which appropriately enough is a medley of classic holiday tunes created exclusively for the attraction. A new version of “Run Rudolph Run” is featured prominently in the medley, but with altered lyrics to be about the Guardians, including replacing Rudolph’s name with Rocket’s and adding Groot saying, “I am Groot.” The medley also includes the music of “Deck the Halls” and “Jingle Bells.” The only additional line of dialogue is Rocket referencing the North Pole near the end. The visuals of the ride haven’t changed.

Guardians of the Galaxy: Cosmic Rewind Holiday Remix was announced back in October during Disney Parks’ panel at New York Comic Con. All vehicles feature the same song, ensuring all who ride get to enjoy the holiday experience, as opposed to the randomly-selected songs typically featured on the attraction.

This isn’t the only recent change to the ride. Earlier this month, an extra flash of light was added to the “Big Bang” sequence for added effect.

It’s not entirely clear when the overlay will end. Currently, both Living with the Land – Glimmering Greenhouses and the EPCOT International Festival of the Holidays are scheduled to run through December 30, meaning it’s very likely that’s when Holiday Remix will conclude.

Do you like this new take on the attraction? Let us know in the comments!

REVIEW: Seared Scallops and Beef Bourguignon Return with New Beer at Yukon Holiday Kitchen for the 2022 EPCOT International Festival of the Holidays