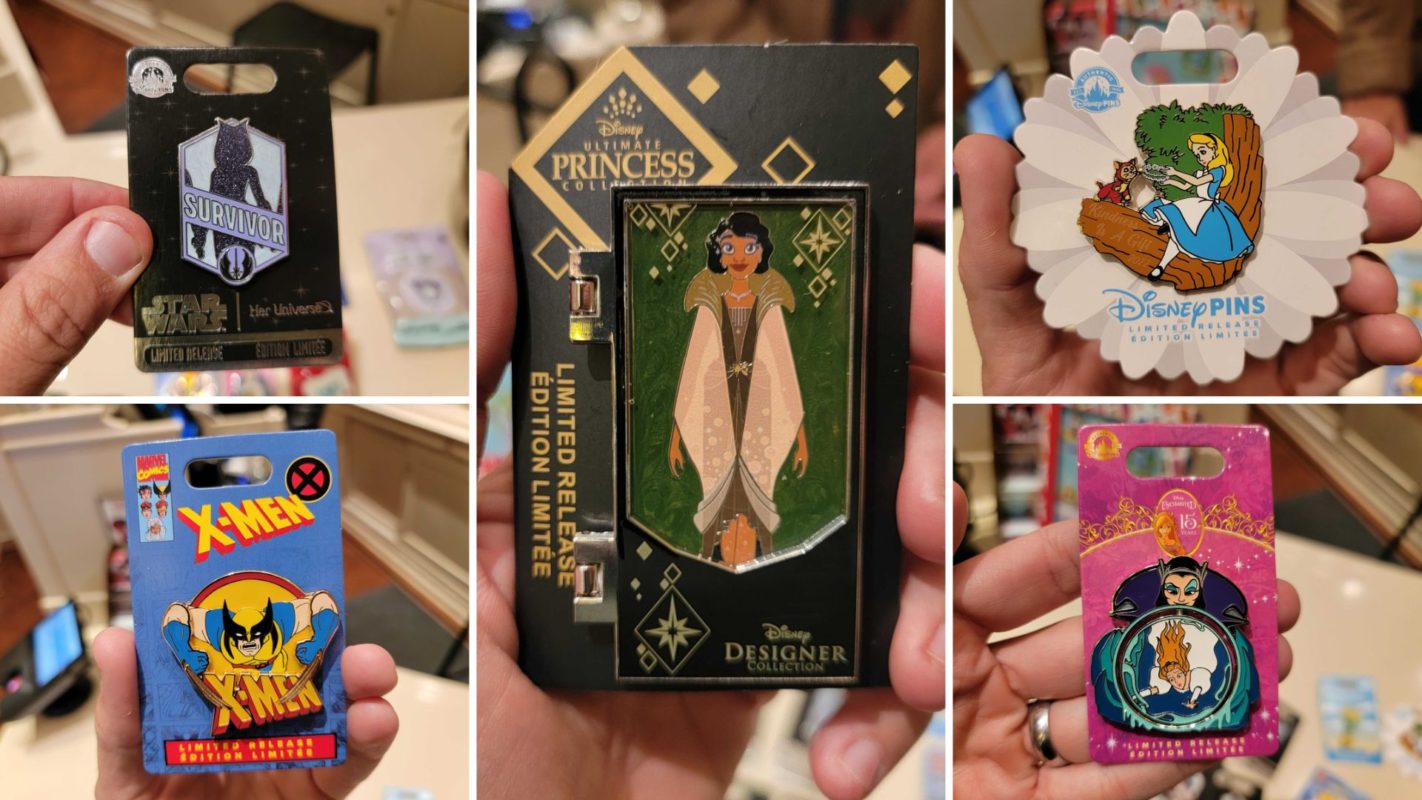 The new pins at Disneyland Resort this month include a collection of Her Universe “Star Wars” pins, a pin celebrating 20 years of “Treasure Planet,” and another celebrating 15 years of “Enchanted.” All of these are available at 20th Century Music Co. in Disneyland Park.

This pin features Rey’s silhouette against a golden background. It has a gray border and “Hero” on a banner across her. The Jedi Order symbol is at the bottom.

Leia’s silhouette, with her iconic hair buns and a blaster, is against a white background with an orange border. The Rebel Alliance logo is at the bottom and “Rebel” is across her.

Ahsoka’s silhouette is on this pin with a purple border. “Survivor” is across her and the Jedi symbol is at the bottom.

Mandalorian Bo-Katan is on this pin with a red border. “Warrior” is across her and a traditional Mandalorian helmet is at the bottom.

Finally, this pin features the silhouette of Padme in one of her queen outfits. “Leader” is across her and the logo of the Galactic Republic is below.

This pin is inspired by a new Princess Tiana doll coming soon as part of the Disney Designer Collection. This doll wears a different outfit from the Tiana doll released earlier this year.

The pin has a clear front and opens like a doll display box. Tiana’s hair is in a wavy bob and she wears a brown, white, and gold dress inspired by the costume she wears to Lottie’s party early in “The Princess and the Frog.”

The pin packaging includes information about the designer, Cathy Clark-Ramirez.

The latest Floating Down Main Street, U.S.A. pin features Simba asleep atop a green leafy hot air balloon. This has a limited edition size of 4,000.

In honor of World Kindness Day on November 13, Disneyland Resort released this pin reading “Kindness is a gift.” It features Alice handing a flower crown to her cat Dinah.

This limited edition pin honors the 20th anniversary of “Treasure Planet.” The edition size is 3,000 and it features Jim Hawkins, B.E.N., and Morph.

Wolverine has joined the rest of the X-Men pin collection, appearing in his classic yellow and blue comics costume.

This spinner pin features Queen Narissa at the top, looking down on Giselle falling through a portal.

It spins to reveal Prince Edward and Pip jumping through the portal after Giselle.

After 15 years, “Disenchanted,” the sequel to “Enchanted,” has finally premiered on Disney+.

There are 16 pins in this collection and one bag contains 5 random pins.

The Disney Munchlings are sweet treats made to look like different Disney characters, like a Baymax s’more and Mickey cinnamon roll.

Which new pins will you be adding to your collection? Let us know in the comments.