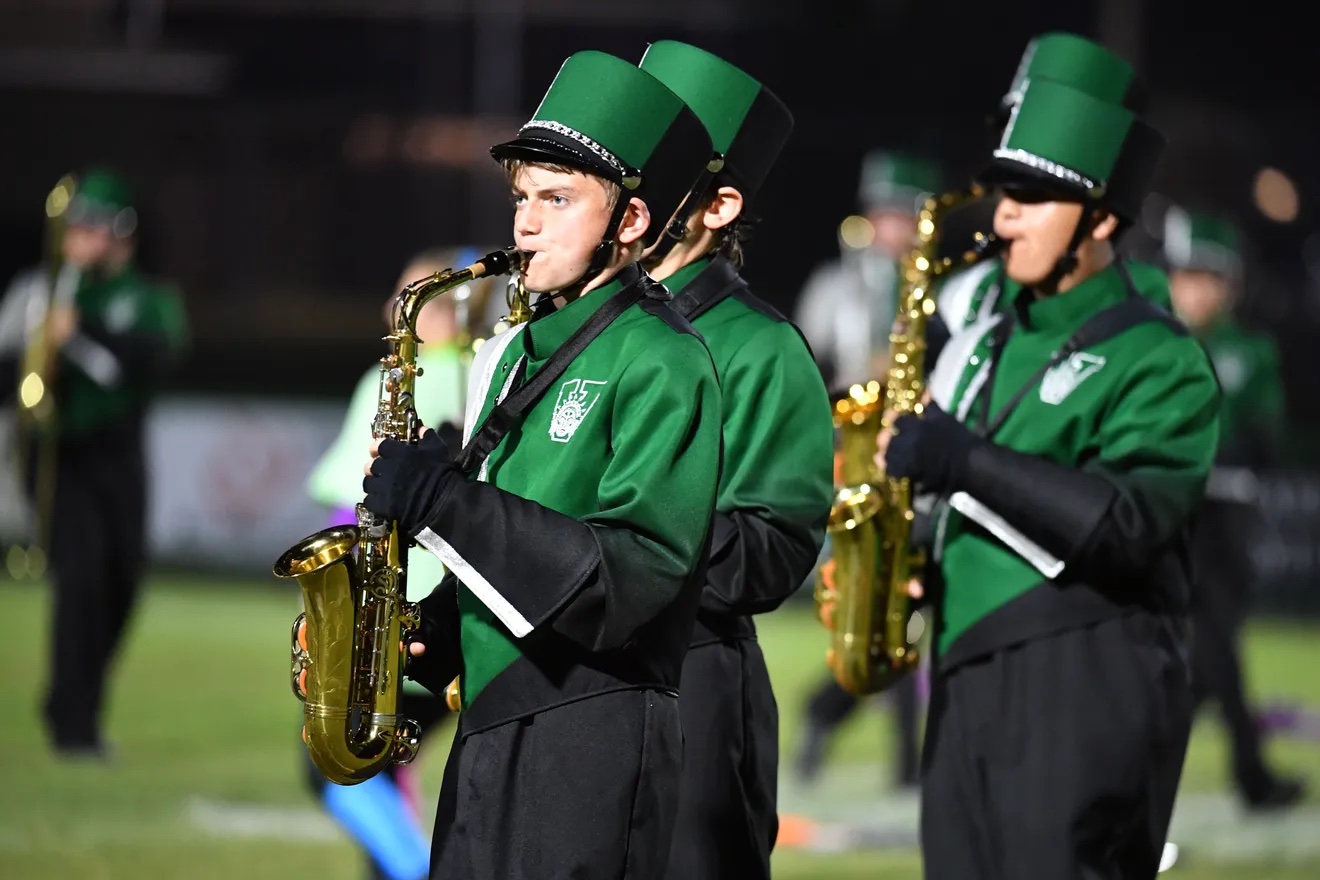 A high school marching band has canceled their Walt Disney World performance planned for November 12 after Disney asked them to cover their logo featuring a Native American caricature.

Venice High School Principal Zoltan Kerestely sent a letter to parents and teachers on Thursday informing them the performance was canceled, the Herald-Tribune reports. The students will still be visiting Walt Disney World, and they are searching for an alternate performance venue. Principal Kerestely wrote that he asked Disney twice to reconsider their demand the school cover the logo.

“Our band deserves to be honored and celebrated without having to change our name or cover our identity,” Kerestely wrote. “When I see them perform, I am filled with pride and admiration for the work each student, Mr. Wing, and parents put into the program.”

“I’m disappointed that they don’t get to go because they have really improved a lot,” Sarasota School Board Chair Jane Goodwin said. “They are on a trajectory to do some great things, so I’m concerned and sad that they’re not going.”

Venice High School’s mascot is officially “The Indians,” an outdated term for Native Americans widely considered to be racist. In 2014, the Sarasota School Board heard public comments urging them to change the mascot, but didn’t follow through with the change after backlash from school alumni. Goodwin said there would be more discussions about the mascot now.

Earlier this year, the drill team of a different high school was not allowed to wear the war bonnets that are usually part of their uniform when performing at Magic Kingdom. However, they were still allowed to chant “scalp ’em, Indians.” This controversy lead to the high school in question from Texas being bombarded with comments from across the nation and even protests in front of their administrative building, including taking all of their social media private. The Cherokee Nation adopted a resolution in August of this year condemning that district in particular for their continued use of a Native American caricature as a mascot and continues to ask for its retirement. As of publishing, their mascot still remains the “Indians”.

Despite some failures, The Walt Disney Company has been making a greater effort to be inclusive in recent years, including covering a Native American caricature on a logo at the Main Street Confectionery, and changing a mural at Peter Pan’s Flight to remove the word “Indian.” This effort largely stems from the addition of Inclusion as the fifth key of the Disney experience in 2020 — Safety, Courtesy, Inclusion, Show, Efficiency. Disney has committed to “cultivating an environment where all people feel welcomed and appreciated for their unique life experiences, perspectives and culture. Where we celebrate allyship and support for each other. And where diverse views and ideas are sought after as critical contributions towards our collective success,” per the Disney Parks Blog, and they say the fifth key is the center of that philosophy.