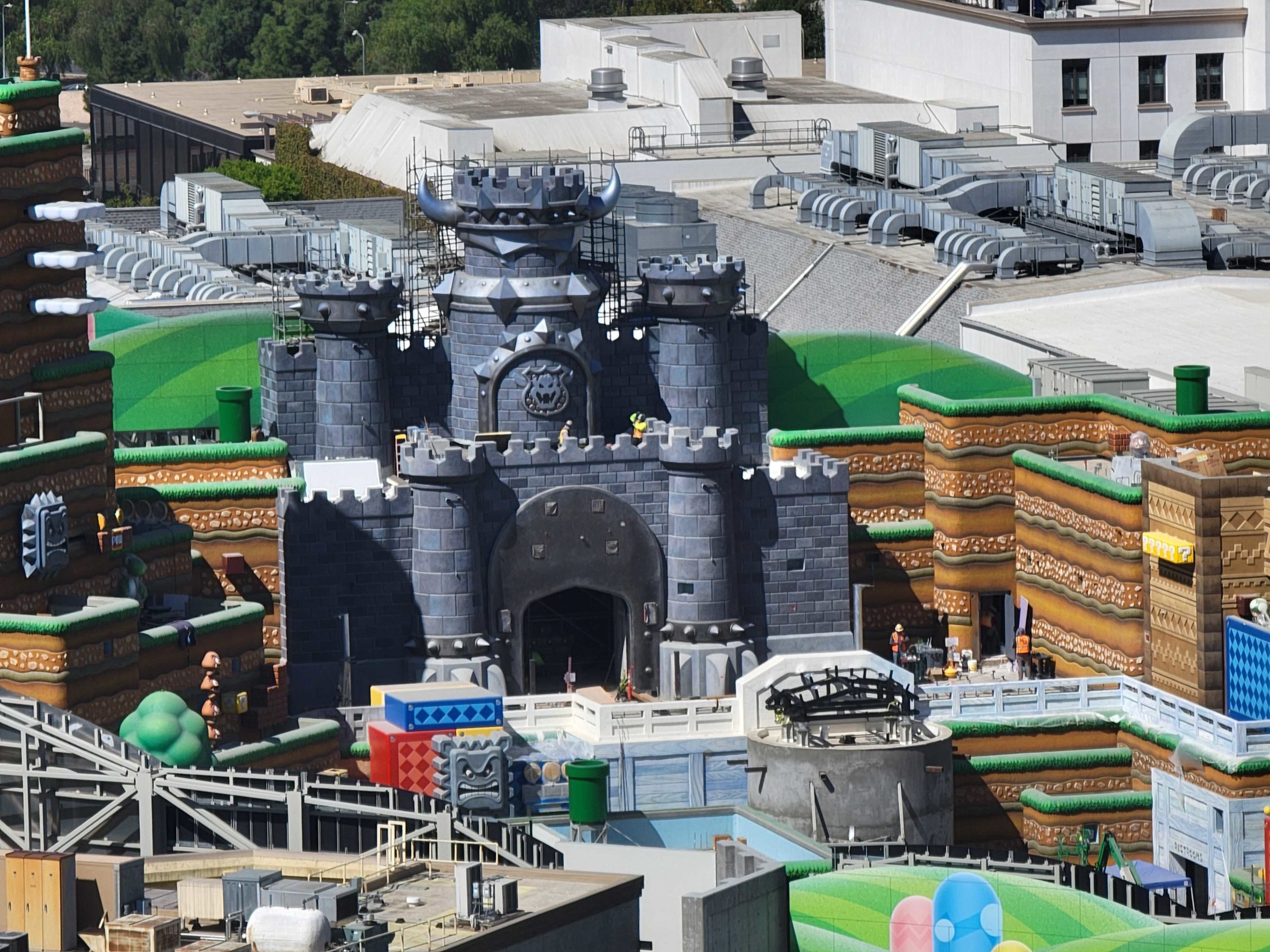 With Super Nintendo World set to open in early 2023, Universal Studios Hollywood Platinum Annual Passholders are learning what privileges they will and won’t have.

Passholders, who receive one-time Universal Express access to each attraction after 3 PM, won’t have Express access to Mario Kart: Bowser’s Challenge when it opens. But they will be able to visit Super Nintendo World without a reservation any time after 3 PM when reservations are required. This is the only pass level with the Express perk, which means that reservations will likely be needed at some point for general guests, as well as Gold and Silver Annual Passholders, and California Neighbor Passholders.

Platinum Annual Passholders are able to access the park with no blackout dates, and are entitled to free general parking before 6 p.m., discounts on food, beverages, and merchandise, as well as a complimentary Halloween Horror Nights ticket valid on select nights.

Things are progressing quickly at Super Nintendo World. Just a few weeks ago, the marquee for the entrance to the new land went up while the entrance path was being worked on. Over at Universal CityWalk Hollywood a dedicated store opened up with merchandise featuring classic Nintendo characters like Mario, Luigi, Yoshi, Princess Peach, Bowser, and more.

'Jurassic World' and 'Back to the Future' Banners Added to Universal's Great Movie Escape at CityWal...October 21, 2022
New Universal Studios Tank and Shot Glass, 'Back to the Future' Tee at Summer Tribute StoreJune 5, 2022
REVIEW: Clownsawz and Sideshow Slaughterhouse Scare Zones at Halloween Horror Nights 2022 in Univers...October 3, 2022