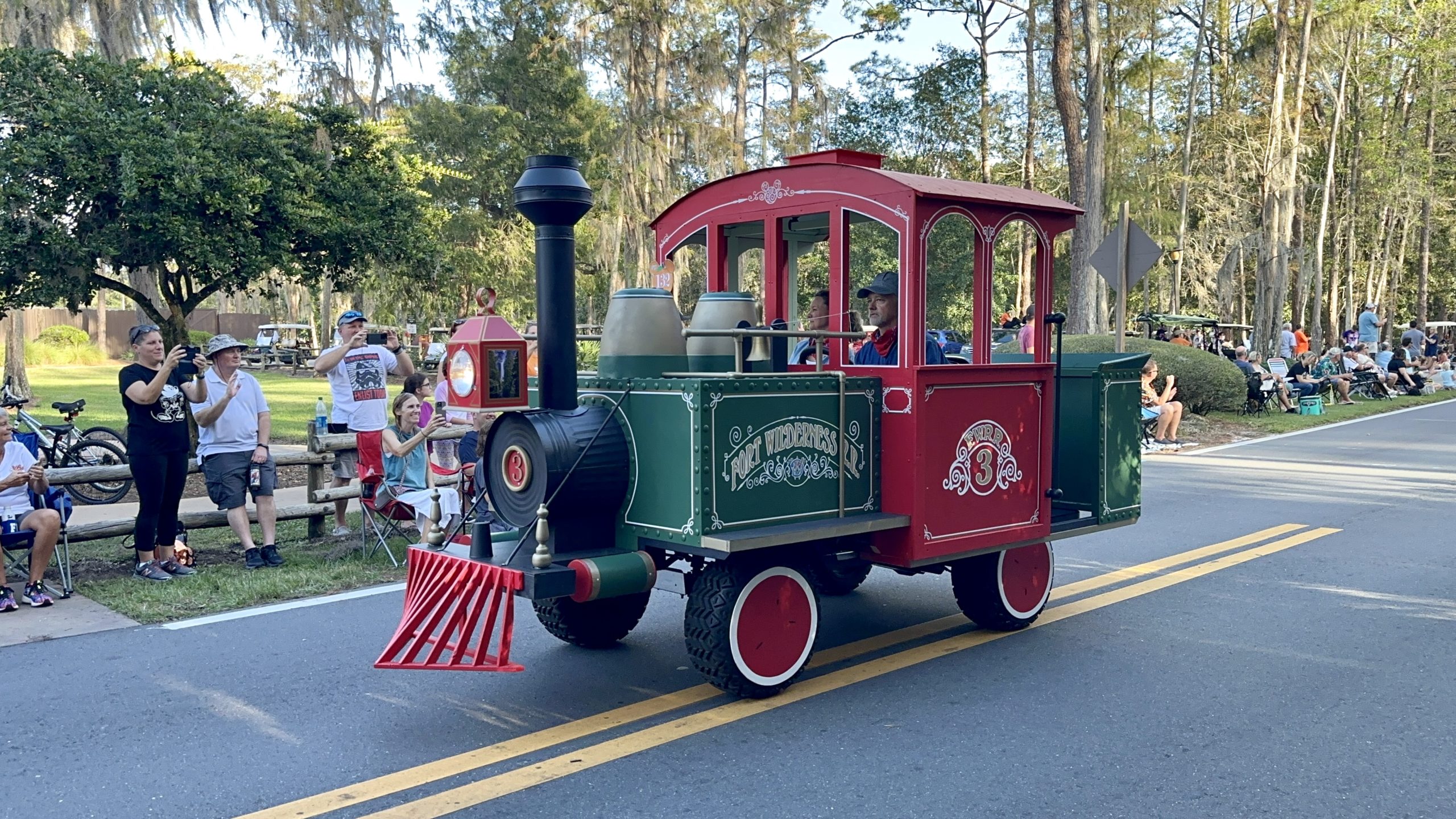 Royal greetings from Magic Kingdom! Today we plan on spending the day at Magic Kingdom then checking out the soft opening of Kona Café at Disney’s Polynesian Resort. We also are planning on stopping at Disney’s Fort Wilderness Resort to check out the Halloween golf cart parade later today. Let’s get started.

As soon as we walked into Magic Kingdom we were greeted by Mickey and friends. Let’s do some shopping and see if we can find anything new.

We spotted a new T-shirt that will have you looking fairest of them all. In the Emporium there is a “Queen of Mean,” split women’s fashion T-shirt. It has a cropped style and features the Evil Queen from “Snow White and the Seven Dwarfs.”

More from the Disney x Ann Shen Aristocats collection has arrived. “The Aristocats,” napkin set is now available and features artwork of florals and characters.

We are also seeing more “Black Panther: World of Wakanda,” merchandise arriving in the parks. We spotted this Wakanda hat available in the Emporium.

We also spotted some new Stitch merchandise including this longesleeve shirt and sweatpants.

In Star Traders, we spotted this Walt Disney World logo hoodie and sweatpants.

The sweatpants feature the Walt Disney World logo and the castle silhouette.

The Donald candy corn sipper is back in stock at Sleepy Hollow just in time for Halloween!

We decided to stop into Disney’s Polynesian Village Resort because we heard Kona Café is doing a soft opening today. Kona Café was scheduled to reopen on November 1 but they decided to surprise guests by opening early.

Previously, we had seen the exterior remodel of Kona Café. Today the restaurant was open and we were able to go inside and look around at the new remodel.

The hanging fixtures are now made of wicker and goes very well with the new theming.

On the wall there are Polynesian style tropical flowers hanging.

You can see more of the Kona Café remodel here.

Next we decided to stop by Disney’s Contemporary Resort. There was a Cast Member pumpkin decorating contest in the lobby.

We found so many creative pumpkins created by the Cast Members here at Disney’s Contemporary Resort.

We loved checking out all the pumpkins on display. Guests were able to vote for their favorites by scanning a QR code.

On our way back to the Transportation and Ticket Center, we spotted the new “Encanto” themed bus in the parking lot.

Next it was time to go to Disney’s Fort Wilderness Resort for the Halloween golf cart parade.

Let’s take a look at some of our favorites from this year’s Halloween golf cart parade.

Abraham Lincoln was driving a monorail.

There were even golf carts themed to Disney’s Fort Wilderness Resort.

There was even a golf cart themed to look like the Walt Disney World Railroad.

The Main Street Trolley went by playing the song, “I’m Walking Right Down the Middle of Main Street, U.S.A.”

The Main Street Electrical Parade golf carts were so unique and creative.

There was also a Hoop-Dee-Doo Musical Revue themed golf cart for Halloween.

There was a Star Wars AT-AT walker.

We hope you enjoyed following along today as much as we had sharing it with you.

New Kermit the Frog Loungefly Backpack Arrives at DisneylandDecember 6, 2022
New Hitchhiking Ghosts Park Pals Available at Disneyland ResortJuly 9, 2022
First Look at the 2022 May the 4th Pins and T-shirts at DisneylandMay 3, 2022