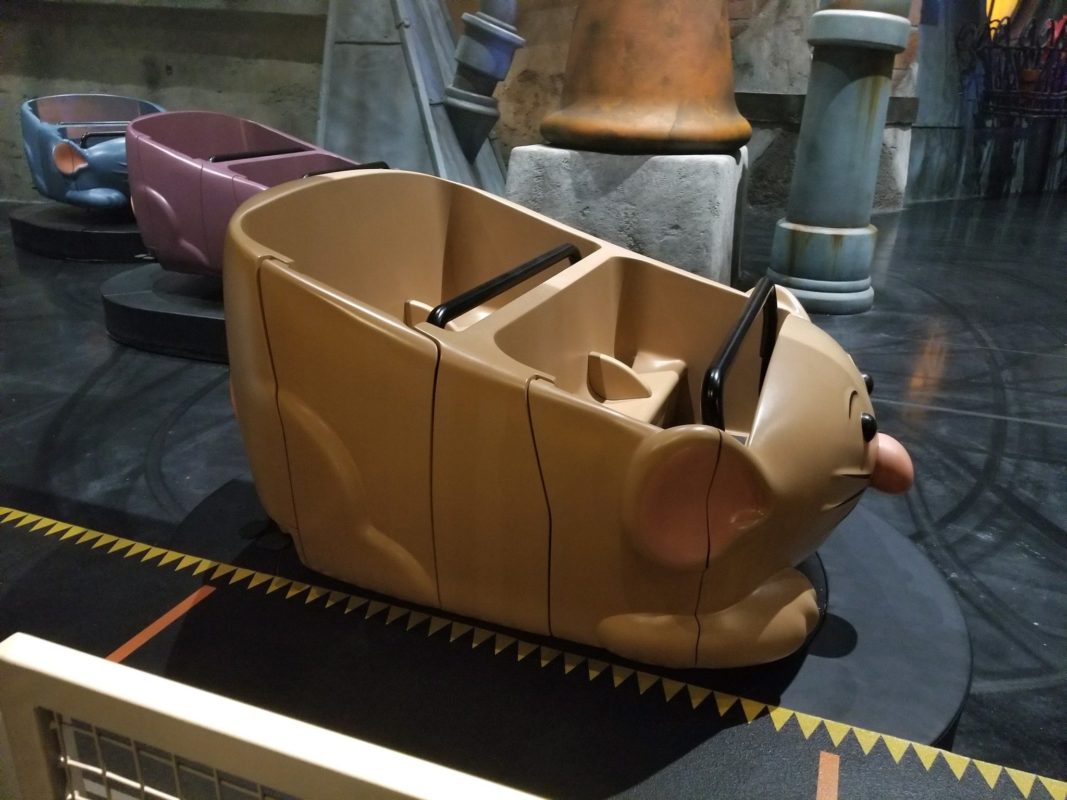 When Remy’s Ratatouille Adventure opened on October 1, 2021, at the France Pavilion at EPCOT, the ride vehicles were exactly the same as the ones used at Disneyland Paris. However, the configuration of some of the ride vehicles at the Walt Disney World Resort have been modified.

Originally, the ride vehicles, which are in the shape of a rat, had two rows with defined seat barriers in each row, as pictured above. The vehicles are the same versions that the Disneyland Paris version opened with in 2014.

We recently took a ride on the trackless attraction and discovered that the small partitions on some of the ride vehicles had been removed. In their place is a smooth bench seat to better accommodate guests of all sizes.

However, we did notice that some other ride vehicles still maintained the small dividers. When asked, Cast Members did not know if or when the other ride vehicles would be modified from three individual seats to bench seating. The need to accommodate more large guests and guests with accessibility needs seems likely to have facilitated the change, although Disney has not publicly indicated any reasons.

Do you like individual seats on a ride vehicle or bench seating? Let us know in the comments below.