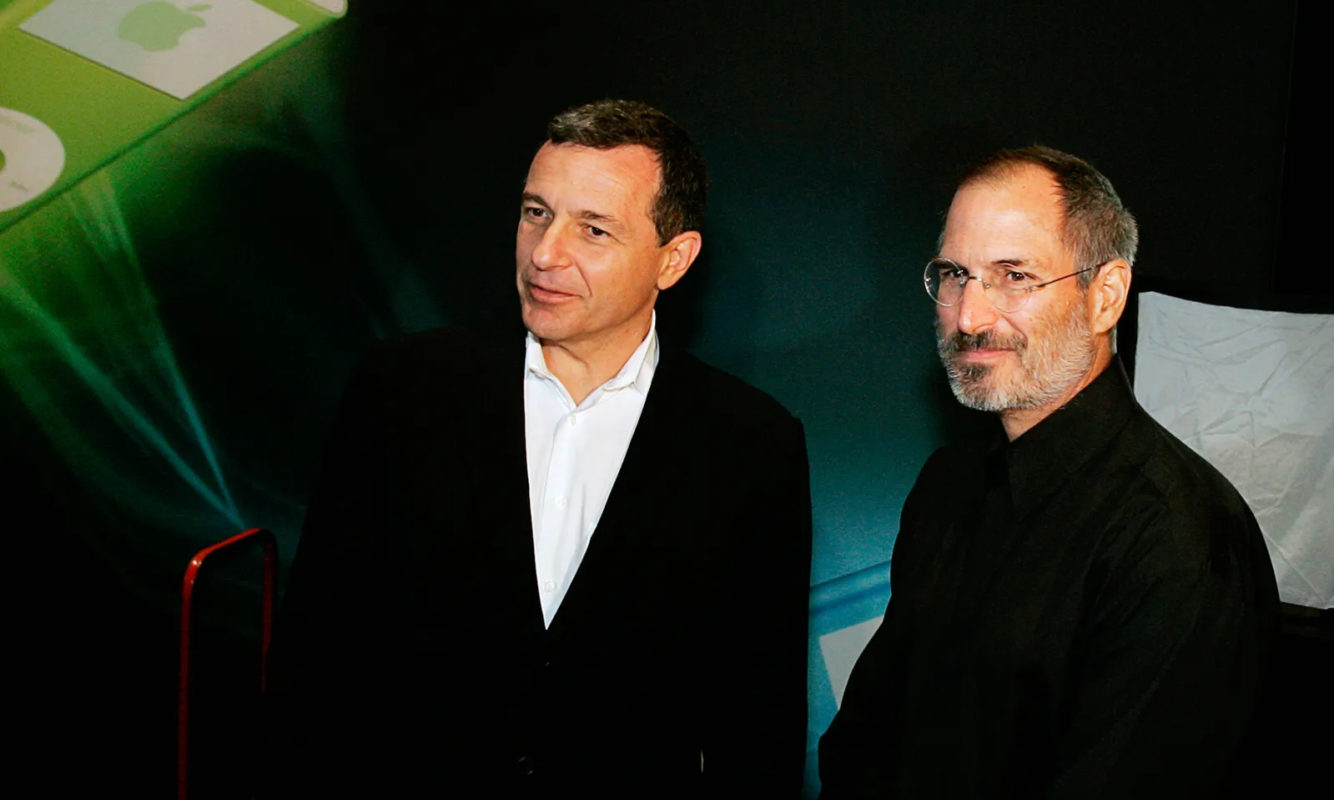 Ever since Disney bought Pixar Animation Studios in 2006, there have been rumors that Apple could or would buy The Walt Disney Company. Now that Bob Iger is back in the CEO chair, speculation is back that he could cement his legacy with a sale to Apple (or some other mega buyer).

According to a story in The Wrap, a studio insider said, “This is the pinnacle deal for the ultimate dealmaker.”

During Iger’s tenure, he went on a buying spree acquiring some of the most high-profile entertainment companies in the world including Marvel and Lucasfilm. When Disney introduced Disney+, their subscription streaming service, it was an instant hit. In three years, Disney+ has acquired a little over 164 million subscribers. Combined with Hulu and ESPN, they’ve overtaken Netflix in total subscribers — numbers Apple can only dream of for Apple TV+.

In a call with investors this past April, Apple CEO Tim Cook said, “We’re always looking to buy companies, we acquire a lot of smaller companies and we’ll continue to do that to add more talent to the IP. We don’t discount anything big if the opportunity presents itself. I won’t be looking at our inventory with you on this call, but we’re always looking.”

He said that Apple “would not rule out acquiring a large company” and that “the main drive was to secure strong intellectual property and big names.”

Iger, who was a close friend of Steve Jobs, co-founder, chairman, and CEO of Apple prior to his 2011 death, thought Apple and Disney could have merged. In his 2019 autobiography, “The Ride of a Lifetime,” he said, “It’s impossible not to have the conversation with him in my head that I wish I could be having in real life. More than that, I believe that if Steve were still alive, we would have combined our companies, or at least discussed the possibility very seriously.”

Iger and Cook also seem to have a very friendly and cordial relationship. In a 2019 interview with CNBC, Iger said, “I think Tim has done a great job. And no matter what direction you look, no matter how you point, I think you conclude that that company is one of the great companies in the world.”

Out of all the companies out there, Apple could be the only perfect fit for The Walt Disney Company. “A deal with Apple … would strengthen Iger’s legacy as well,” reported The Wrap. “‘I think he would welcome it — he would be the last CEO of Disney,’ a former top Disney executive told [the outlet], noting that the two companies have a ‘similar brand identity’ and could benefit from a merger.”

The story went on to say that although there are a lot of positives with a Disney-Apple merger, there could be some roadblocks that might make it difficult. First, Disney is a huge company with a market value of around $180 billion. Although a deal a few years ago may have been more difficult when back in 2021 Disney was near $200 per share, however, the stock has taken a beating in the last eight months.

Another roadblock could be resistance from regulators. “A deal of that size is likely to attract stiff antitrust resistance at a moment when regulators have stepped up efforts to block other recently proposed media mega deals.” Deals like the proposed merger of publishing giants Simon & Schuster and Penguin Books as well as Microsoft’s proposed acquisition of Activision Blizzard are drawing harsh regulator attention.