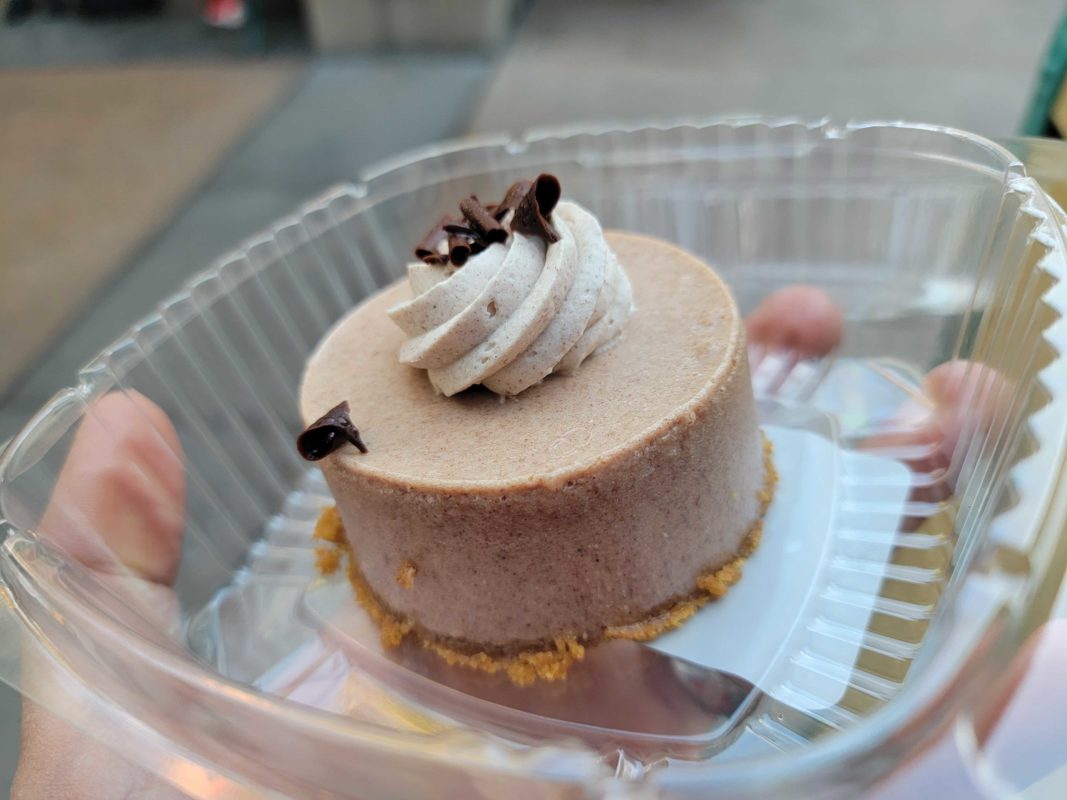 The Four-Meat Pizza is returning to the menu for the holidays. There’s not anything particularly festive about it, though.

The Mexican Chocolate Cheesecake is suffering from a crisis of identity. It’s not quite cheesecake enough to satisfy a cheesecake craving, but it’s also not strong enough on the Mexican chocolate flavor if that’s what you’re after.

It doesn’t really commit to either side and is left somewhere in that desolate realm of mediocrity that lies in between. It’s not unpleasant, but it’s nothing we would recommend either.

That being said, if you’re at Boardwalk Pizza & Pasta and in need of a dessert, there aren’t very many other options.

The holiday season at Disneyland runs from November 11 through January 8.