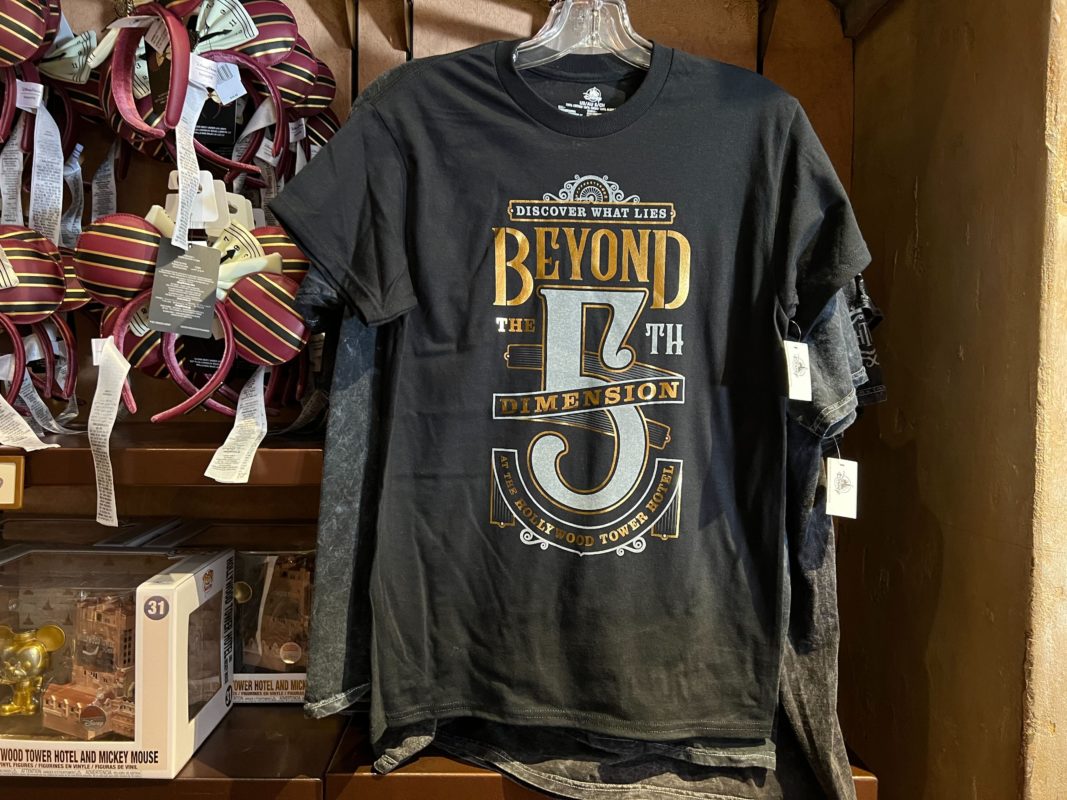 You may end up in the 5th dimension after experiencing the Tower of Terror at Disney’s Hollywood Studios, if not then you can say you did with this Beyond the 5th Dimension short sleeved t-shirt.

The design, which is on a solid dark grey t-shirt, has a turn-of-the-century design. The top of the pattern has the floor indicator found inside the attraction along with “Discover What Lies” underneath.

“Beyond the 5th Dimension” is in large type and in the center of the t-shirt and silkscreened in metallic gold and silver. At the bottom, “At The Hollywood Tower Hotel” arches underneath.

On the yolk of the t-shirt is the Hollywood Tower Hotel logo in vibrant yellow.

Will you be adding this shirt to your collection? Let us know in the comments below.

Check out some other recent Hollywood Tower Hotel merchandise available for sale: