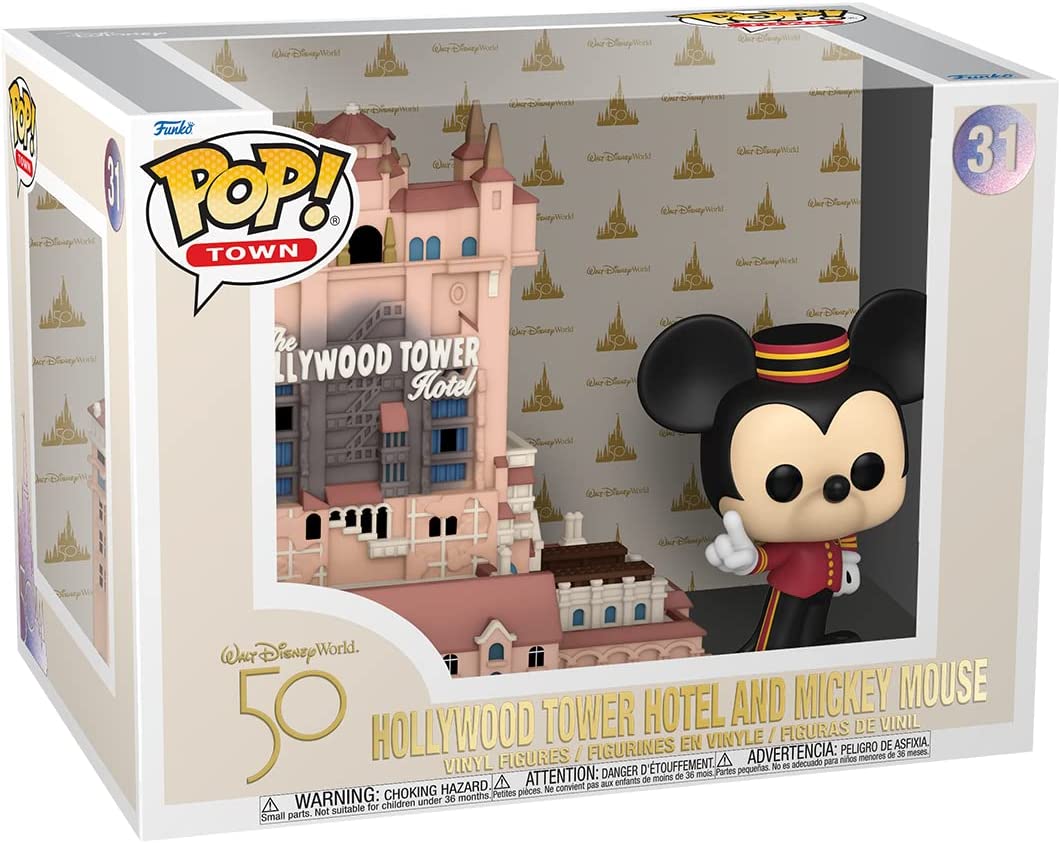 In honor of Walt Disney World’s 50th anniversary, Funko has released several Pop! sets, including Magic Kingdom’s Cinderella Castle, a Space Mountain with Astronaut Mickey set, and Goofy in a Dumbo ride vehicle. Now, a new Tower of Terror Funko Pop! set including Bellhop Mickey Mouse is available for pre-order. Note: Availability has been sporadic due to high demand. If the set isn’t available when you view it, add it to a Shopping List to see when it can once again be ordered.

The 50th anniversary Tower of Terror Funko Pop! includes lots of 50th details on the outside of the box, including the golden Walt Disney World 50 logo, a wallpaper backing with 50th castle logos, and an EARidescent ’31’ which represents the set’s reference number in Funko’s Pop! Town line. A large shimmering EARidescent castle logo appears on the back of the packaging.

Observant readers may note that a park-exclusive Pop! similar to this one appeared at Walt Disney World last month. That set included a different Mickey figure that was entirely gold, whereas this set has Mickey in classic Hollywood Tower Hotel bellhop colors.

The new Tower of Terror Funko Pop! 50th anniversary set is currently available for preorder for $27.44.

For other great Disney gift ideas, check out the new ‘The Imagineering Story’ book which releases in November and Ravensburger’s Space Mountain board game.