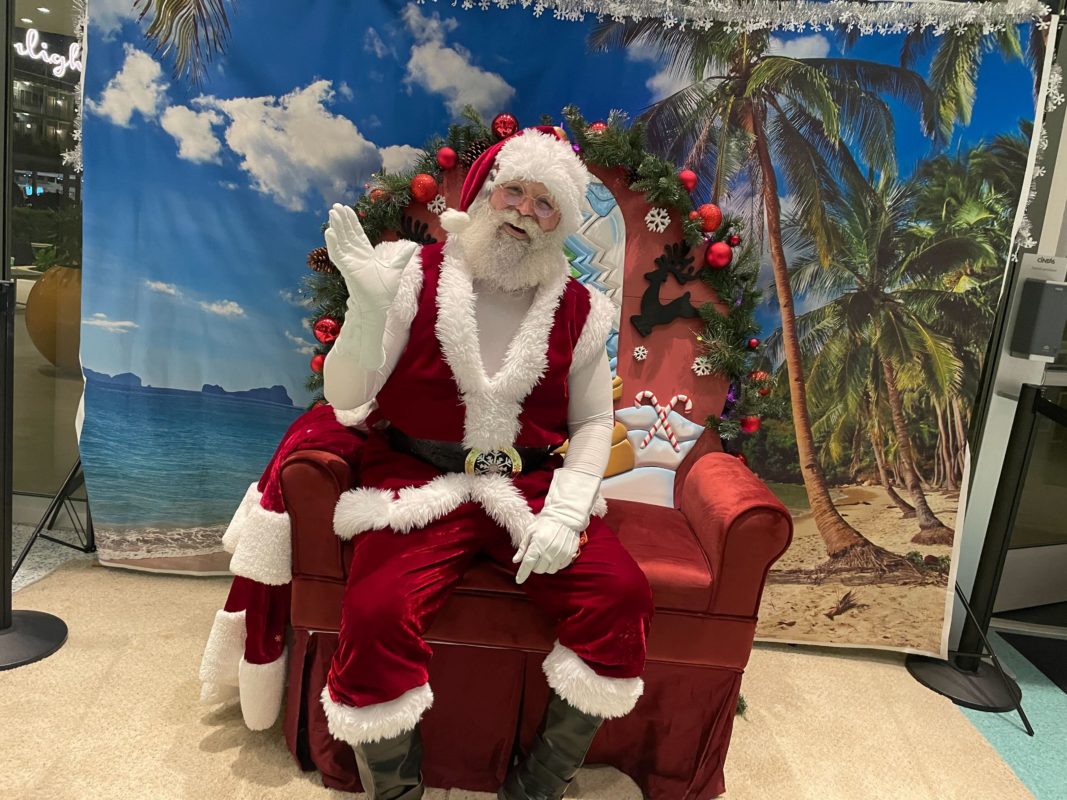 We were at the Universal Orlando Resort to check out the 8th annual Cabana Bay Tree Lighting Ceremony. It was a festive evening filled with holiday cheer for everyone.

A very fit-looking Santa, who was also part of an acrobat performance, greeted guests. Guests can have their picture taken with the Big Guy. He sits on a red chair adorned with holiday decor against a tropical backdrop.

Santa was joined by one of the Minions (Dave) and King Julien during the event.

In addition to a live band and “snow” outside, a pair of ice dancers, who have been a part of the festivities in years past, entertained guests on a faux sheet of ice.

The main tree, before it was officially lit, is nearly two stories high and harkens back to those silver or tinsel trees popular in the late 1950s through the mid-60s. The tree is adorned with ornaments of varying sizes in red, blue, green, purple, and gold. An abundance of presents, in festive wrapping paper, surround the tree.

Here the tree is looking beautiful after Santa flipped the switch and officially lit the tree for the holiday season.

Along with a caricature artist and a balloon artist, Santa traded in his hat and performed with one of his elves.

(Fans of Halloween Nightmare Fuel Wildfire might recognize the Elf.)

After, Santa flipped the switch to light the tree, and the party continued. It was tons of fun and a great way for guests to celebrate the holiday season.

Are you staying at Universal’s Cabana Bay Beach Resort over the holiday season? If so, let us know in the comments below.

Check out some of the other holiday offerings at the Universal Orlando Resort: