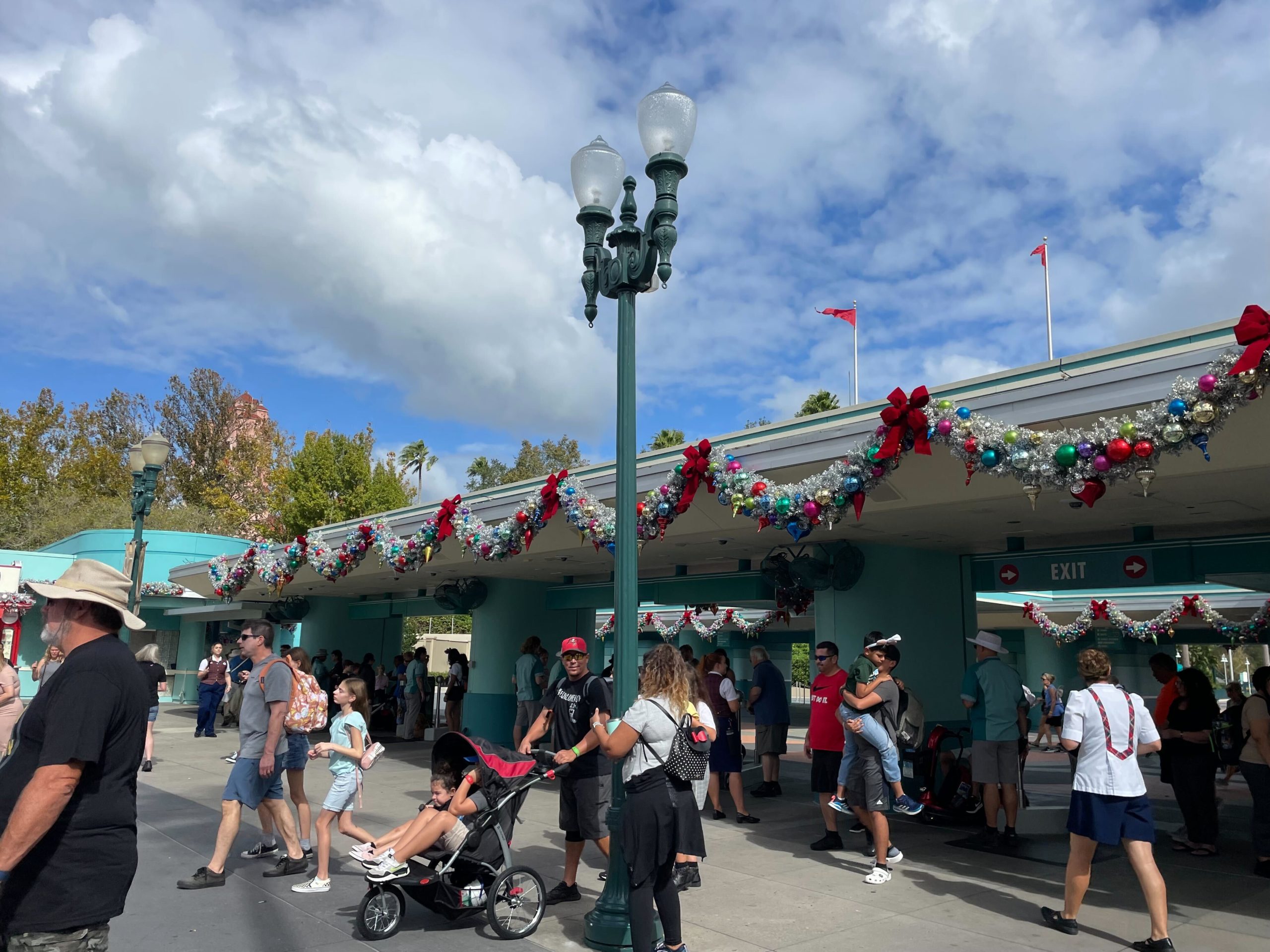 We reported yesterday that a lamppost broke and fell in the way of guests inside the entrance to Disney’s Hollywood Studios. The incident was reported by Brynn Walter-Schreader on a Facebook group for Walt Disney World Annual Passholders. No one was injured, thankfully, from the broken glass or falling post.

Today, however, less than 24 hours later, a sprinkle of pixie dust (otherwise known as hard work by Cast Members) and voilá! Lamppost back and at the ready.

It’s unclear if the lamppost was replaced completely or just repaired. The only noticeable difference is the lack of the 50th Anniversary banners.

This comes as the damage to the façade of Keystone Clothiers has yet to be completed, with construction walls still in place. That damage was reported to be from an ECV collision.