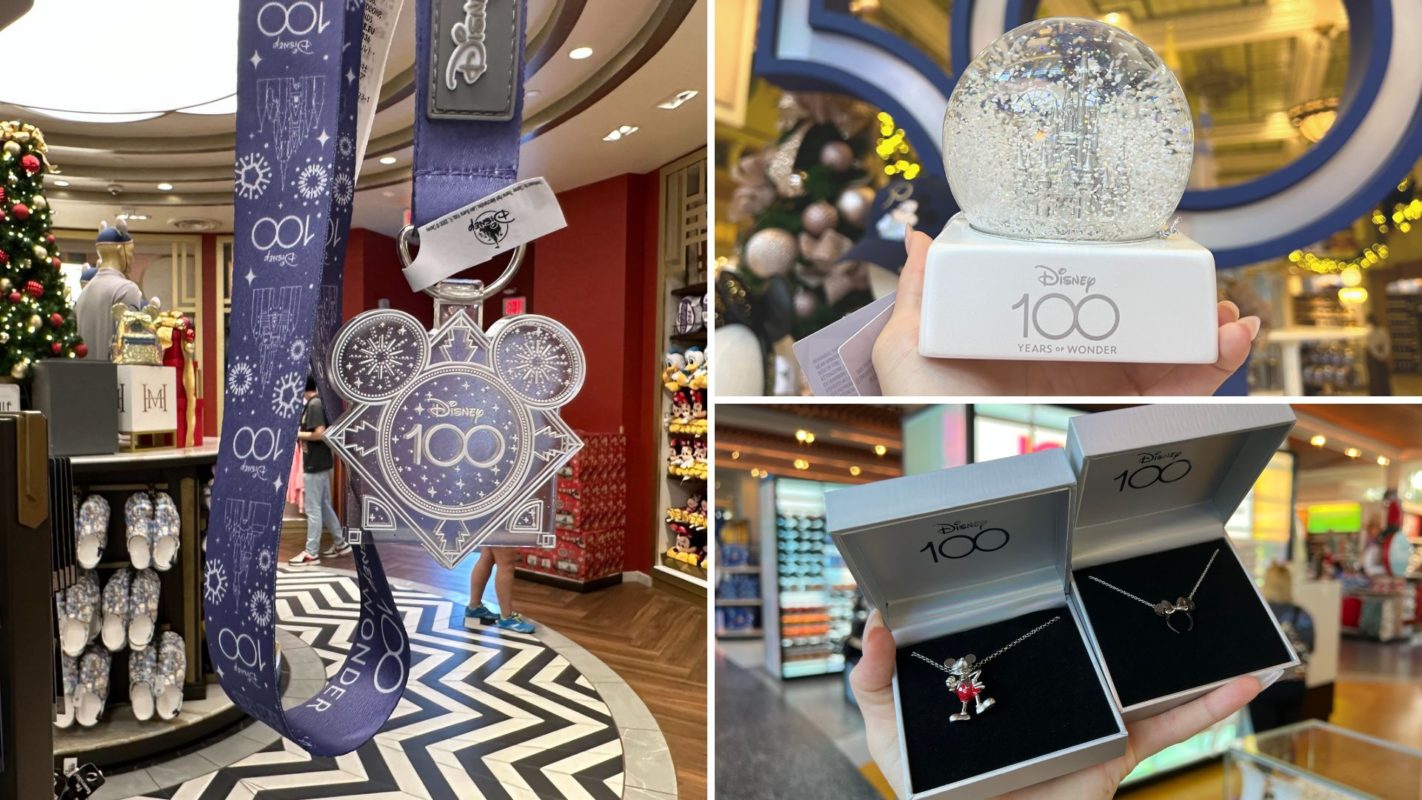 This snow globe has a white base with “Disney 100 Years of Wonder” in silver. The base is fairly heavy.

Inside the globe is a silvery version of Cinderella Castle and, of course, sparkling snow.

The other sides of the square base feature silver outlines of classic Disney characters, including Donald, Daisy, Chip, and Dale.

Another side features Goofy and Pluto.

And Mickey and Minnie. Though the characters aren’t in color, they are clearly wearing their 100 Years of Wonder costumes.

We found this in the Emporium at Magic Kingdom.

This lanyard is blue, with silver images of Cinderella Castle, fireworks, and “Disney 100.”

“Disney 100 Years of Wonder” is at the top of the lanyard.

The charm at the end of the lanyard is art deco style with a Mickey head and “Disney 100” at the center.

This was in Mickey’s of Hollywood at Disney’s Hollywood Studios.

This necklace has a Mickey-shaped pendant.

Mickey is all silver-colored except for his iconic red shorts.

This necklace pendant is a silver (or “platinum”) Minnie Mouse ear headband.

It resembles the real Minnie ear headband available as part of the Platinum Collection.

Are you going to take home any Disney 100 Years of Wonder merchandise? Let us know in the comments.