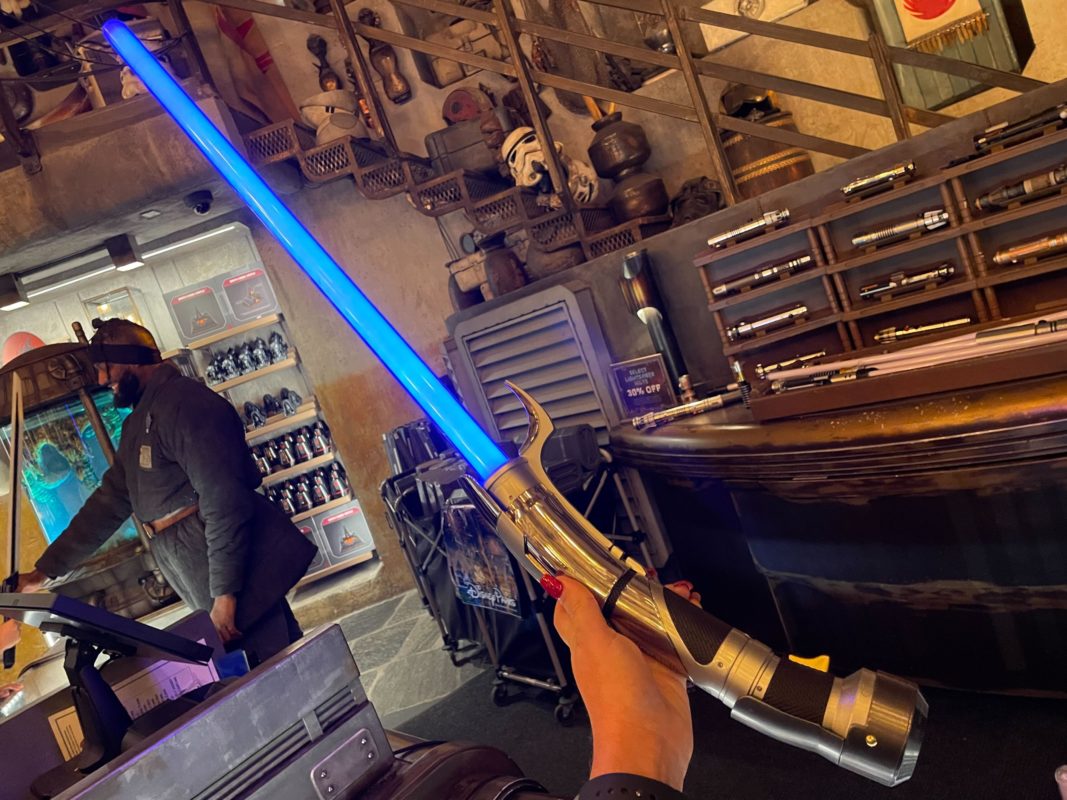 We recently found Count Dooku’s Jedi Lightsaber available at Dok-Ondar’s Den of Antiquities at Disney’s Hollywood Studios. He once served as a Jedi Master, the Padawan of Yoda, and master of Rael Averross and Qui-Gon Jinn before becoming a powerful Sith Lord and the second apprentice of Darth Sidious. Count Dooku went from good to evil, however, his Jedi Lightsaber is pure and beautiful.

Count Dooku’s Jedi Lightsaber hilt, third from the left, has a clear, cylindrical top, slightly curved, with an extended pointed hook extending from the top of the hilt. The handle has a textured pattern and a moss green on/off switch.

Dooku, unlike many other Force-wielding characters, does not change his lightsaber hilt when he becomes the Sith Lord known as Tyrannus. He is simply given a red kyber crystal by Palpatine to use in his existing lightsaber.

The Count Dooku Jedi Lightsaber is extremely detailed. The base of the hilt is in light and dark grey with rivets around the handle.

Will you be adding this lightsaber to your collection? Let us know in the comments.

Check out some additional news on Star Wars related merchandise we recently reported on:

Southwest Airlines Continues to Cancel Flights, Unable to Rebook Some Passengers Until January 1, 2023